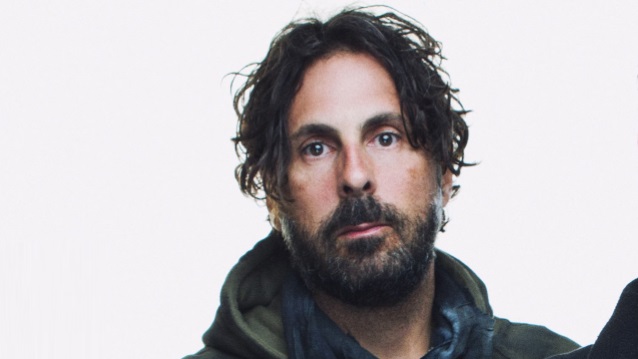 PAPA ROACH drummer Tony Palermo says that he was "shocked" by Chester Bennington's suicide, explaining that the LINKIN PARK frontman seemed to be in "high spirits" when PAPA ROACH and Bennington had dinner just weeks before Chester's death.

Bennington died in July at the age of 41. He had been open with the press and public about his struggles with depression, drugs and alcohol, which landed him in rehab twice around 2006.

During a recent interview with Italy's SpazioRock, Palermo stated about Chester's passing (see video below): "It was really shocking — [and it happened] just not that long after Chris Cornell died. We actually played a show with SOUNDGARDEN a week before [Chris] passed away. And that was just like, 'Wait! What?' I was shocked. And then, I remember I was at home… I wake up in the morning and get coffee and read my computer news instead of a newspaper. And it was right there [that] Chester Bennington [had died]. And I was, like, 'What? What? No!' 'Cause we just had dinner with him a month before that. And he was just… We were talking about the history of everybody and some killer stories, some funny stories, and he just seemed in such high spirits. And then I was shocked. Literally, it just… I was, like, 'Uh… What?' It literally took my breath away."

Admitting that he "didn't really know Chester that well, like some of the other guys [in PAPA ROACH] did from previous touring," Palermo speculated that Cornell's suicide must have contributed to Bennington's feelings of depression. "He was friends with Chris Cornell, and after Chris's death, I think he must have been in shock from that," Tony said. "But just to, like, feel the pain… And I didn't know Chris Cornell, but I love SOUNDGARDEN. Just to feel the pain of losing such an amazing artist, and knowing that Chester knew him, it was bizarre to me that he would just take his own life as well, knowing the pain that he must have felt losing a friend like that, and what he would, in turn, do."

The drummer went on to call Bennington's death "extremely tragic. It's a bummer because… well, apart from the life thing and the family thing, he was a father and a husband, and, obviously, sang for a huge band," he said. "And it's so sad, 'cause you know that band will just never make music as LINKIN… I mean, they might — I don't know — but when you lose a key member of a band, it's not the same, it's hard to go on. I don't know what they've planned; I'm sure they're healing, trying to heal. But… it's so tragic."

After Cornell died in May, Bennington wrote a letter thanking him for inspiring him and hoping he would find peace in "the next life."

PAPA ROACH recently confirmed that it has already been in the studio writing and recording material for the follow-up to this year's "Crooked Teeth" album.

"Crooked Teeth" was released on May 19 via Eleven Seven Music. Written and recorded in a North Hollywood studio, the disc was produced by Nicholas "RAS" Furlong and Colin Brittain, with the exception of "Born For Greatness", which saw the band collaborate with writer/producer Jason Evigan (Jason Derulo, Demi Lovato, Zedd, MAROON 5).