PAIN, the Swedish metal band fronted by HYPOCRISY's Peter Tgtgren, has re-signed with Nuclear Blast Records, the label that released the group's 1997 self-titled debut album. Peter is currently working on material for PAIN's next CD, which is tentatively due in October 2008.

IN FLAMES bassist Peter Iwers makes a guest appearance on two songs on PAIN's latest album, "Psalms of Extinction", which was released in 2007 via Roadrunner Records. 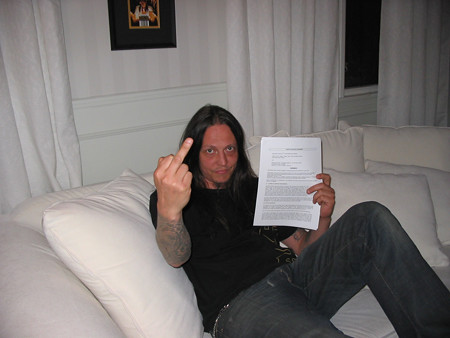