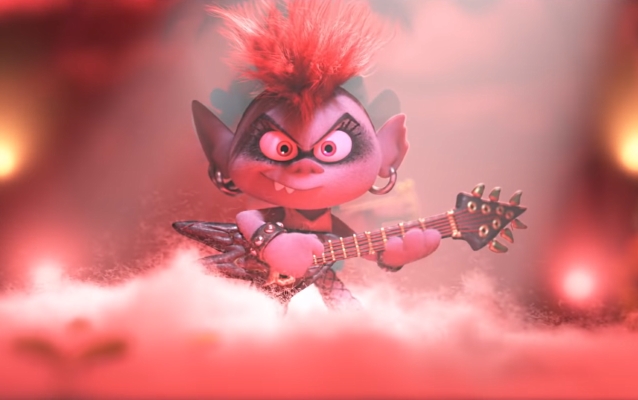 The iconic riff of Ozzy Osbourne's "Crazy Train" and the SCORPIONS' hit song "Rock You Like A Hurricane" are featured in the trailer for "Trolls World Tour", a sequel to the 2016 hit animated musical comedy "Trolls".

"Trolls World Tour" picks up where the first film left off, as Troll Town's Queen Poppy and Branch make the surprising discovery that there are other Troll worlds beyond their own, each defined by a different genre of music. When a mysterious threat puts all the Trolls across the land in danger, Poppy, Branch, and their band of friends must embark on an epic quest to unite all the Trolls against certain doom.

Ozzy has lent his voice to animated films and TV show before such as "Bubble Guppies", "Fish Hooks" and "Gnomeo And Juliet", while playing himself in live-action movies like "Ghostbusters", "Austin Powers In Goldmember" and others.

Despite all that, plus starring in the legendary reality series "The Osbournes", Ozzy told The Pulse Of Radio some time ago that he doesn't like being onscreen. "'The Osbournes' was like an experiment that went way over what I ever expected it to do," he said. "Sharon and I have been offered so much TV stuff, but I can't stand it, you know. I mean, I don't like to see me on TV, I don't like to see me on film or anything, you know."