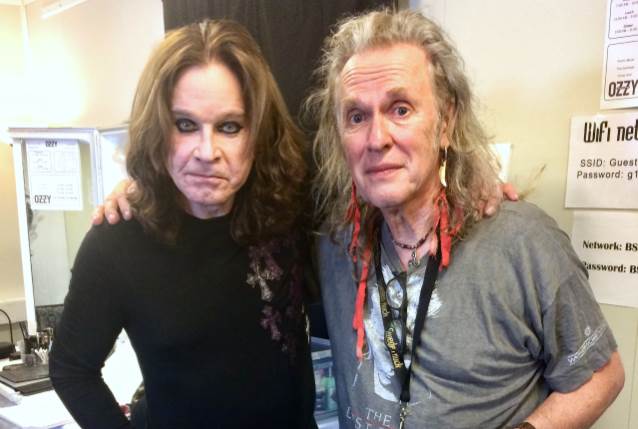 This year's edition of the Sweden Rock Festival was the scene of a very special meeting between Ozzy Osbourne and the man he credits as saving his career, guitarist Bernie Tormé.

Tormé is known for stepping in and saving the day for Ozzy when Randy Rhoads tragically died. Ozzy and Bernie hadn't seen each other since the early '80s (after Bernie left the band). Tormé also toured the world as the lead axeman in GILLAN and formed DESPERADO with TWISTED SISTER frontman Dee Snider and ex-IRON MAIDEN drummer Clive Burr, as well as fronting his own bands ELECTRIC GYPSIES and TORME (featuring Phil Lewis of L.A. GUNS/GIRL fame).

A young Zakk Wylde witnessed Bernie playing with Ozzy at Madison Square Garden in New York City on the one of the very few dates Bernie did with Ozzy. Zakk called Bernie "his hero" and insisted on a selfie when they met at Sweden Rock earlier this month.

Bernie said about the meeting: "It was so fuckin' nice to catch up with Ozz again after all these years; it was like no time had passed! I was so delighted to meet Zakk too, and totally blown away when he said I was one of his heroes and wanted a selfie with me! Man, he's one of my big heroes! I guess I must have made an impression on him at that Madison Square Garden Ozzy gig way back in the '80s… Well, he was only 16! Ozz and I had a right old chinwag. 'Course I did try to blag him into singing on a track on my new PledgeMusic album 'Shadowland'!"

Ozzy reportedly said about Tormé: "[Bernie] did me a great favor. If it wasn't for him, I wouldn't be doing it now. I'd have given up."

More than a decade ago, Bernie spoke about how he landed the gig with Ozzy. "I got phoned by David Arden of Jet Records, Sharon's [Osbourne] brother, in London," he said. "I knew David pretty well and Sharon less so since I had been on Jet in '77-'78. They probably phoned me because I had a big reputation as a guitar player in Europe at the time having been in GILLAN with Ian Gillan. We were very successful in the U.K. and pretty big throughout Europe. I initially declined, they talked me into it, I flew to L.A., auditioned with the band and got the gig. I think part of the reason I got it was because I was a quiet Irish guy who really didn't want to be there anyway. I had spent the previous three years of my life on tour, I had marriage problems — the usual stuff. So I wasn't in their faces screaming about how great it would be or was to be in the band. That, probably, was a good plus initially, but maybe my lack of enthusiasm for another six months of touring was a problem for both sides a little later on."

According to Bernie, Ozzy's fans "were totally great" and "fantastically nice" to him. "I've seen reports about people chanting for Randy; I never heard or was aware of any of that," he said. "From my position in the universe, it just didn't happen. It should have, but I personally never saw or heard it."

Returning to the stage in 2013, Bernie began working in his favored trio format once again, releasing three critically acclaimed albums: "Flowers & Dirt" (2014), "Blackheart" (2015) and the 3CD "Dublin Cowboy" (2017) package (comprising a live, an acoustic, and a new electric studio album). All three were crowdfunded, connecting Bernie directly with his fans. 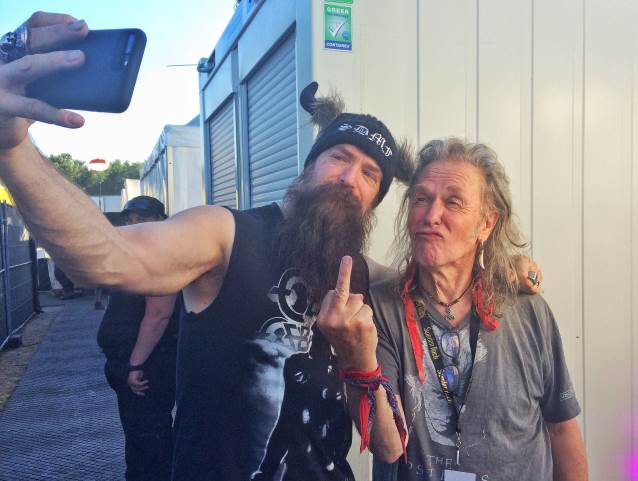 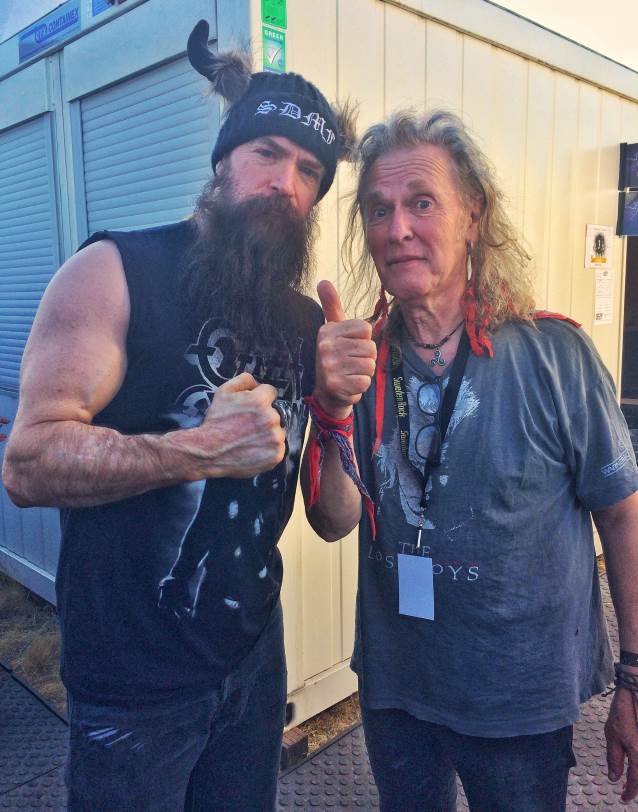