In one of his first interviews since announcing his Parkinson's disease diagnosis, Ozzy Osbourne discussed his feelings about life and death.

Ozzy had neck surgery to correct an old injury that he aggravated early last year, forcing him to stay off the road for all of 2019. He received his Parkinson's diagnosis last February, around the same time.

Speaking to U.K.'s Kerrang! magazine, the legendary heavy metal singer said: "Do I ever think about when my time's gonna come? I think about it; I don't worry about it. I won't be here in another 15 years or whatever, not that much longer, but I don't dwell on it. It's gonna happen to us all.

"Am I happy now? No. I haven't got my health," he continued. "That thing knocked the shit out of me, man, but I'm still here. In fact, I worried about [death] more when I was younger than I do now. I just try to enjoy things as much as possible, even though that's so fucking hard sometimes."

Ozzy will head to Switzerland in April to see a specialist about his condition, and is then scheduled to resume the North American leg of tour this spring. His first new solo album in 10 years, "Ordinary Man", is due for release on February 21.

"If you saw me at the beginning of last year you'd think I was fucked," he told Kerrang! "But I honestly think making this album is the best medicine I could have had. I was doing something, something I like to do. I wish I could do more, but it just felt great."

On the red carpet at the Grammy Awards on Sunday night (January 26), Ozzy said that he'll move forward with his "No More Tours 2" trek if he's "well enough." He explained: "I'm having physical therapy every day, five days a week. I'm trying, doing the best I can. Neck surgery's not easy."

Kelly Osbourne, who was by her 71-year-old dad's side, said that she is proud of her father's progress. She remarked, "Seeing how far Dad's come this year and how far he's come in the last week alone has just been incredible. I think coming out and telling his truth has been a weight lifted off of his shoulders… His physical therapist is saying how far you have moved forward in this last week is insane."

The BLACK SABBATH frontman's wife Sharon explained in an interview on "Good Morning America" that Ozzy has "PRKN 2, which is a form of Parkinson's. There's so many different types of Parkinson's. It's not a death sentence by any stretch of the imagination, but it does affect certain nerves in your body. It's like you have a good day, a good day and then a really bad day."

Ozzy added he has been experiencing other symptoms that may or may not stem from Parkinson's, saying, "I got a numbness down this arm for the surgery; my legs keep going cold. I don't know if that's the Parkinson's or what, you know, but that's — see, that's the problem. Because they cut nerves when they did the surgery. I'd never heard of nerve pain, and it's a weird feeling." 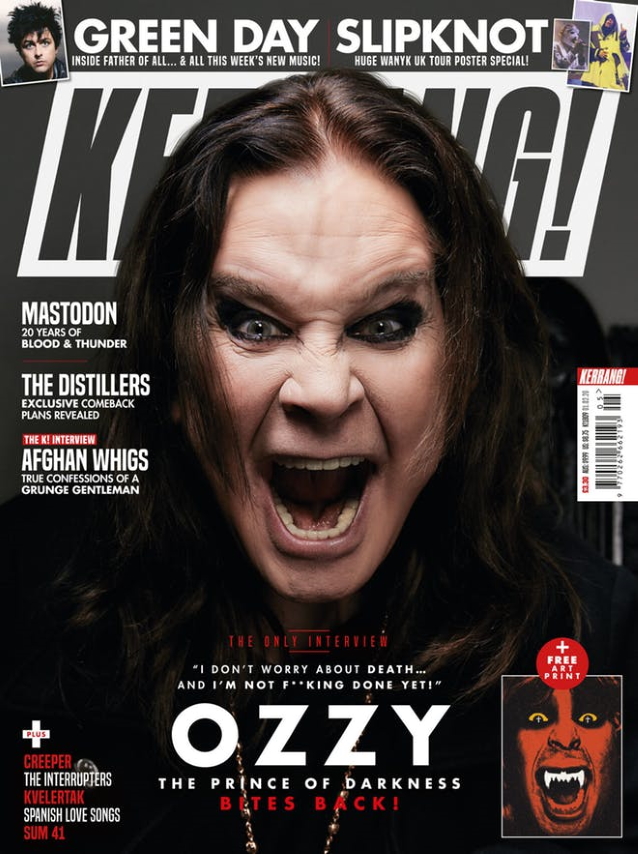