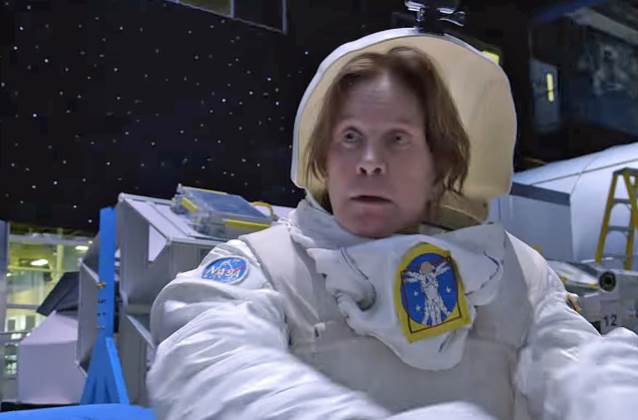 According to AL.com, Ozzy Osbourne and his son Jack recently visited Space Camp in Huntsville, Alabama for an episode of their A&E Network travel show "Ozzy & Jack's World Detour". The Space Camp episode, titled "Lizard Of Oz", will premiere on August 1 at 8 p.m.

A preview clip, which can be seen below, finds Osbourne remarking: "I'm dressed up like a Thanksgiving turkey," while suspended midair and wearing a spacesuit. Later, he seems to be imagining a news report if things had gone wrong there: "Ozzy Osbourne breaks neck. He fell off a make-believe rocket."