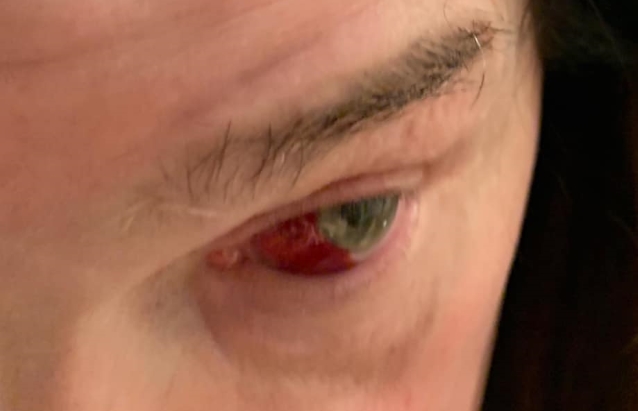 Ozzy Osbourne says that he coughed so hard that he burst a blood vessel in his eye.

The BLACK SABABATH singer posted a picture of his blood-red eye to his social media, along with the following caption: "Coughed so hard I burst a blood vessel in my eye."

A subconjunctival hemorrhage is usually a harmless condition that disappears within two weeks or so.

Last October, Osbourne contracted a staph infection that required him to have surgery on his hand and forced him to cancel several shows.

The European leg of Ozzy's "No More Tours 2" is scheduled to kick off on January 30 in Dublin. The trek is being billed as the 70-year-old singer's official farewell to more than five decades of touring.

Coughed so hard I burst a blood vessel in my eye