Ozzy Osbourne has announced the rescheduled dates for the European leg of his "No More Tours 2".

In early April, Ozzy scrapped all his 2019 tour dates, both in North America and Europe, as he recovered from an injury sustained while dealing with his recent bout of pneumonia. The singer fell at his Los Angeles home, aggravating years-old injuries from his 2003 ATV accident that required new surgery. The European leg of his "No More Tours 2" trek was then rescheduled for January-March 2020, with the North American dates set to follow in May 2020. In October, however, Ozzy released a video message in which he once again announced the postponement of the 2020 European tour and addressed his health status.

The new European tour will kick off on October 23, 2020 in Newcastle, United Kingdom and wrap up on December 7, 2020 in Helsinki, Finland. Support at the shows will come from JUDAS PRIEST.

Ozzy says: "I can't wait to get off my ass and get going again, but you're just going to have to be a bit more patient. I want to be 100% ready to come out and knock your fucking socks off. I'm not retiring, I've still got gigs to do and also there's a new album on the way.

"To the fans, I sincerely thank you for your patience, your loyalty. I love you."

PRIEST frontman Rob Halford says: "We are very grateful for the rock-solid support from our wonderful U.K. and European fans as Ozzy gets well and strong.

"The U.K. and European tour will showcase the very best British metal from the ones that started it all and we proudly look forward to celebrating our 50 heavy metal years together with you."

Last Friday, Ozzy released his first new song in nine years, titled "Under The Graveyard". The track is the first single from his upcoming album, "Ordinary Man", which is due out in early 2020.

The BLACK SABBATH singer collaborated on the album with producer Andrew Watt, who recently oversaw the sessions for a new Post Malone song called "Take What You Want", on which Ozzy contributed guest vocals. That led to Ozzy and Watt working together on Ozzy's 12th solo LP and first since 2010's "Scream".

In addition to Watt on guitars, the LP features Duff McKagan from GUNS N' ROSES on bass and Chad Smith from RED HOT CHILI PEPPERS on drums. 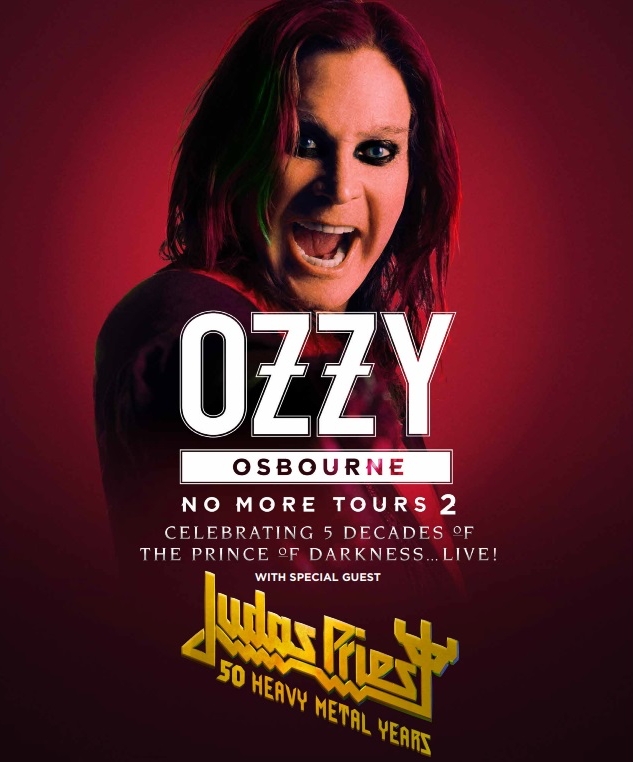 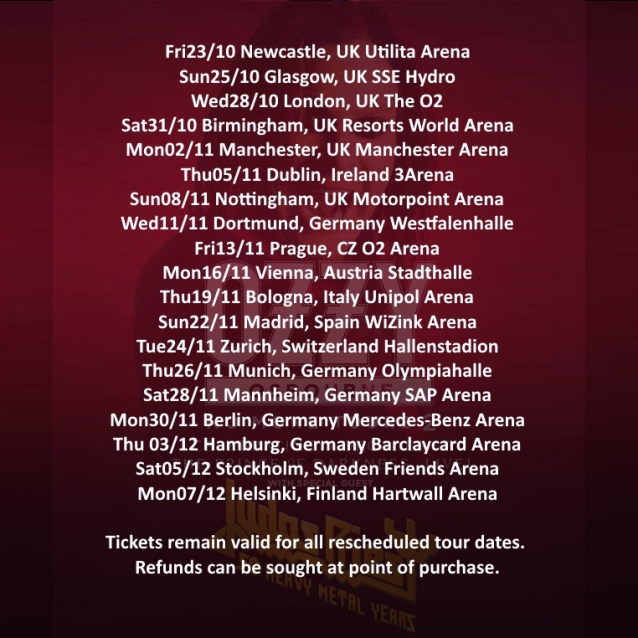