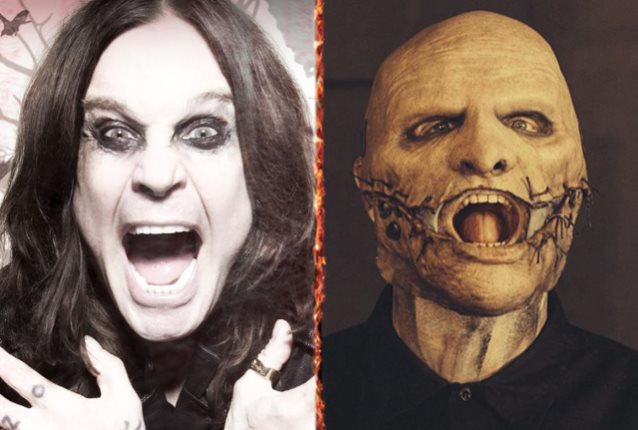 Ozzy Osbourne and SLIPKNOT's Corey Taylor are inviting their fans to a very special announcement and event on Thursday, May 12 at the Palladium in Hollywood, California at noon. There will be a limited number of spots available based on capacity and there will be no lineups allowed prior to 7 a.m.

It is speculated that the announcement will have to do with this year's edition of Ozzy's and SLIPKNOT's festivals — Ozzfest and Knotfest, respectively — which could be combined for one big special event sometime this fall.

Ozzfest, which began in 1996, has not been a traveling festival in the U.S. since 2007's "free" edition. The show morphed into a one-off event in Dallas in 2008, also featuring METALLICA, before taking 2009 off.

The 2010 U.S. Ozzfest played in just six cities, with OZZY OSBOURNE co-headlining with MÖTLEY CRÜE and the rest of the main stage filled out by HALFORD, the solo band of JUDAS PRIEST singer Rob Halford, along with DEVILDRIVER and NONPOINT.

The aging festival faced increased competition in recent years from the annual Rockstar Energy Drink Mayhem tour, as well as the Uproar festival.

The SLIPKNOT-curated Knotfest, staged its third annual event last year (and second as a Southern California weekend destination festival). The festival attracted over 50,000 fans with over fifty of the heaviest bands in the world playing on four stages.