Lawyers for Ozzy Osbourne are trying to stop a brewer from making an unauthorized brand of "Ozzy" beer. Baltimore-based The Brewer's Art named one of its many house brews after Ozzy, with the cans featuring images of his knuckle tattoos as well as bats — including a headless one.

According to The Pulse Of Radio, Ozzy's legal team issued a cease-and-desist order, after which brewery head Tom Creegan announced that the "Ozzy" beer would be pulled. However, according to The Baltimore Sun, liquor stores in Baltimore said they are still selling the beer, and six-packs were available Thursday afternoon at Brewer's Art.

Cynthia Blake Sanders, an intellectual property lawyer who teaches entertainment and sports law at the University of Maryland Carey School of Law, told The Baltimore Sun that celebrities have the right to decide how their names and images are used commercially.

"You can't make the commercial use of a person's name on any product, but particularly not [with] people who have a value on their persona," said Sanders.

"If they called it Ozzy and it wasn't so clearly a sort of heavy-metal styling, somebody might connect it with a different Ozzy," she said. "But when they've used both his tattoo, in addition to his hands" and the bat imagery, "that's really using a great deal of his persona."

During its short time on the shelves, the "Ozzy" beer was acclaimed by brew enthusiasts, with the drink getting a 90 out of 100 rating on the Beer Advocate web site.

Ozzy and BLACK SABBATH will hit the road this Monday (March 31) for a North American tour that begins in Brooklyn, New York and spends most of its time in Canada, before wrapping up in Los Angeles on April 26. 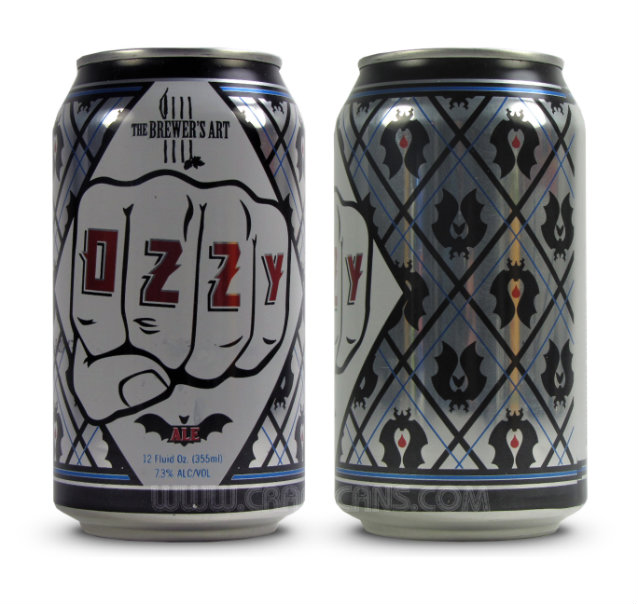