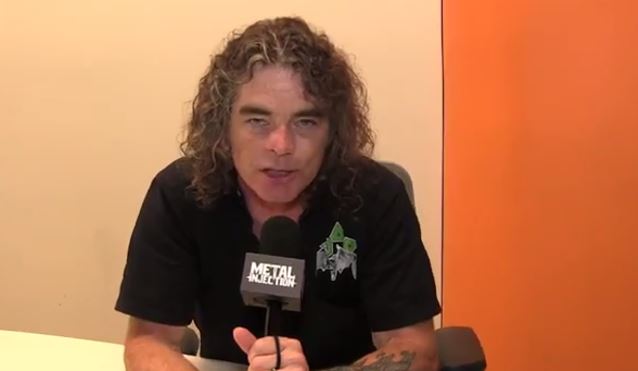 Asked if he still enjoys touring more than three decades since OVERKILL's inception, Ellsworth said: "I do, yeah. I still, actually, get nervous, and I still get butterflies. And it doesn't matter if there's 200 or 20,000 [people in attendance]. I mean, that's always the way the process has been. I know that the guys have gelled into a great lineup, and we can get out there and we have a great time doing this, but the show is the most important thing. And that's because I think we play every show like it could be our last show. And if you think in those terms, if you think in that daily process, what you're putting into it is going to have those emotions and those physical changes come about you. Your eyes widen and you can't believe you're in Costa Rica, or Berlin, or New York, or in Tokyo. I mean, it's a great feeling. So I really do look forward to the touring."