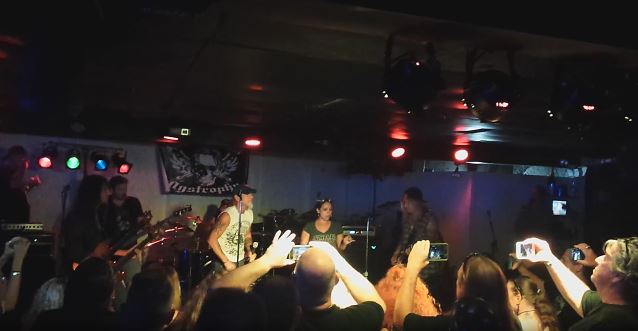 Mark Tornillo (T.T. QUICK, ACCEPT), Chris Caffery (SAVATAGE, TRANS-SIBERIAN ORCHESTRA), Ron "Bumblefoot" Thal (GUNS N' ROSES), Mike Portnoy (DREAM THEATER, THE WINERY DOGS) and members of OVERKILL are among the musicians who took part in the Rock Against Dystrophy benefit concert on Sunday, August 21 at The Headliner in Neptune, New Jersey. Fan-filmed video footage of the event can be seen below.

OVERKILL frontman Bobby "Blitz" Ellsworth commented: "I am not only happy but proud to be part of a great organization with great people who can think outside themselves and give back. Our fearless leader and his determination has brought us all together in a common cause: we can help beat this. I am speaking of the one and only, founder of Rock Against Dystrophy, Turbo."

Added Tornillo: "This is my third year being involved in Rock Against Dystrophy. This event and the cause are both close to my heart, plus it's a great opportunity for us locals to get together and rock! This is an event we all look forward to each year! It continues to grow and with support from the fans and the level of talent ramping up each year, the sky is the limit!"

All proceed generated by Rock Against Dystrophy's events go to support the research projects, patient services and education programs of the Muscular Dystrophy Association. 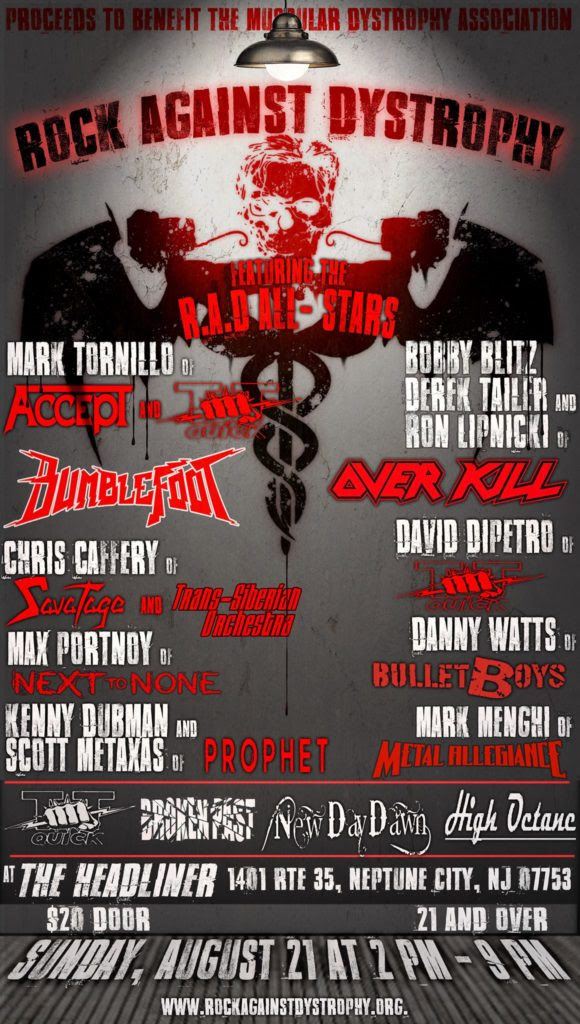