OTEP will play South America for the first time in late January/early February. Confirmed dates are as follows:

The group's new album, "The_Ascension", sold 10,200 copies in the United States in its first week of release back in November 2007 to debut at position No. 81 on The Billboard 200 chart. Produced by Dave Fortman (MUDVAYNE, EVANESCENCE), "The_Ascension" sees the band challenging itself to avoid clichés and classifications and finding a new landscape of sound and vision. "We said 'genre limits and music fads be damned, let's write music that is important to us and that motivates us," frontwoman Otep Shamaya previously stated. "I wanted to write songs we believe in and let nothing stop us from building the album we want to make." 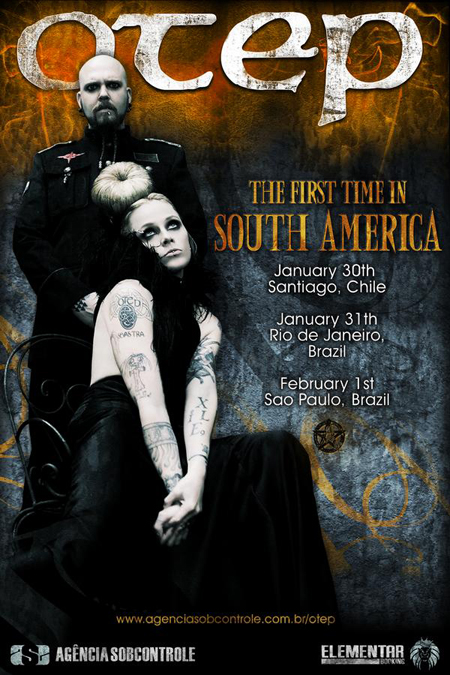