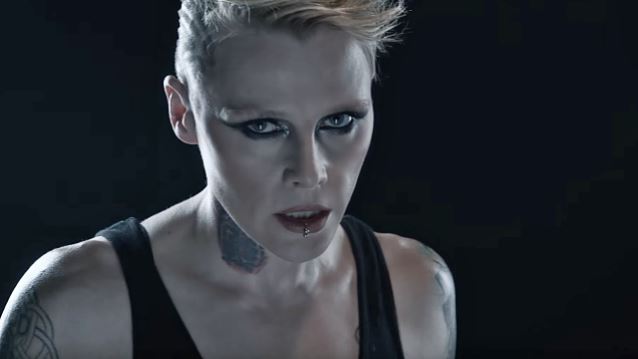 In addition to her prolific music catalog OTEP frontwoman Otep Shamaya is famous for her thought-provoking, spoken-word performances. So much so that she is considered a Def Poetry All Star, having appeared on Russell Simmons's "Def Poetry Jam" on HBO.

OTEP's seventh studio album, "Generation Doom", which was released on April 15 via Napalm. The CD was produced by Howard Benson, who has previously worked with such acts as MOTÖRHEAD, PAPA ROACH, THREE DAYS GRACE, FLYLEAF, P.O.D. and HALESTORM.

OTEP was formed in Los Angeles in 2000 and immediately signed to Capitol Records, an achievement based solely on the strength of its live performance. They were selected to appear at Ozzfest after Sharon Osbourne witnessed one of these incendiary performances. Their debut at Ozzfest was only their ninth live show, a major achievement for any band. It would be the kick-off for a career spanning 16 years.