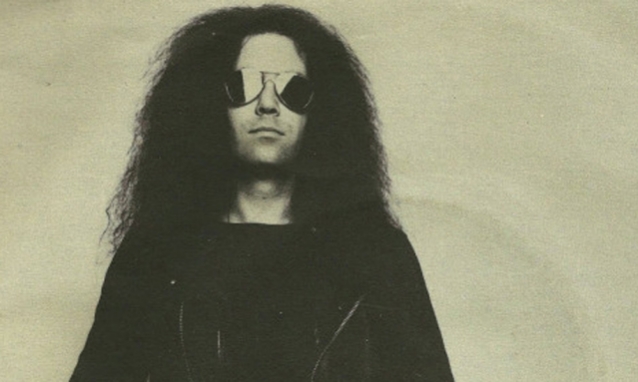 The music world has lost another great innovative guitarist and creative spirit: British musician Larry Wallis, who passed away Thursday September 19 at the age of 70. Wallis was not only a member of the hugely influential psychedelic underground troupe THE PINK FAIRIES but also was selected by Lemmy Kilmister himself to be the original guitarist for the mighty MOTÖRHEAD. He also had an underground hit single in the U.K. with his solo track "Police Car".

Wallis's playing was as electrifying and thrilling as it was unorthodox and groundbreaking, which earned him accolades from everyone from THIN LIZZY to THE DAMNED to the MC5. He had his first taste of the rock 'n' roll big leagues in 1972 when he joined UFO for a brief stint. Later that year he replaced Mick Wayne in THE PINK FAIRIES. In 1975, Wallis joined MOTÖRHEAD where he recorded alongside Kilmister on the infamous 1976 "On Parole" album that was set to be the band's debut until shelved by the band's then-label United Artists for its supposed lack of commercial appeal. The album was later released in 1979 but by that time Wallis had traded a spot on the stage for a seat behind the board, becoming a highly sought-after producer, particularly for bands from the Stiff Records label, including THE ADVERTS, Mick Farren and the debut single from THE MEMBERS. In the decades that followed, Wallis would go on to sporadically release more of his own music and reunite with THE PINK FAIRIES in 1987.

In 2017, Wallis teamed up with L.A.-based indie label Cleopatra Records to reissue his 2001 solo album, "Death In The Guitarfternoon", as well as a rarities collection called "The Sound Of Speed". He will also be included in the next album from Alan Davey's HAWKWIND-inspired supergroup HAWKESTREL in 2020.

"I never felt part of Musicbizland," Wallis told Uncut magazine in 2002. "This, along with my track record with the MOTÖRHEAD and FAIRIES' history meant that, to record companies, I was a drug-taking, bar-jockey kinda guy. Which, of course, with a look over my shoulder, was bang on the money. It was suggested by a chum that I buy the hardware, get a web site, make the thing, and sell it to 'em. I guess the next move is going out to show off in public with some musos who — and this is important — are better than I am. If I'm gonna do it, I'm gonna do it right."

No cause of death has been revealed as of this writing.