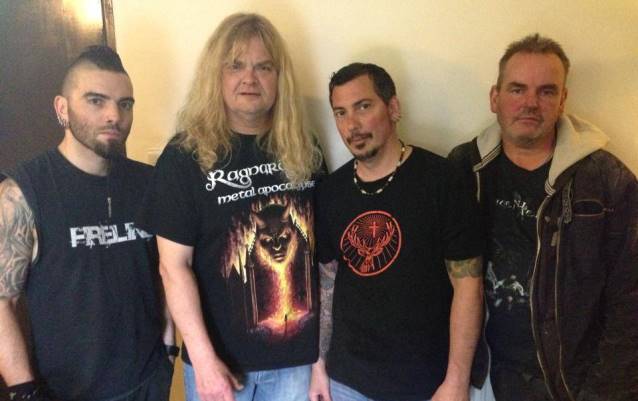 Prior to the Ragnarökkr Metal Apocalypse concert, STEVE GRIMMETT'S GRIM REAPER and Nick Bowcott took part in a joint interview with TV6. You can now watch the chat below.

Multi-camera video footage of Bowcott and STEVE GRIMMETT'S GRIM REAPER performing the song "Lust For Freedom" at Ragnarökkr Metal Apocalypse can be seen below.