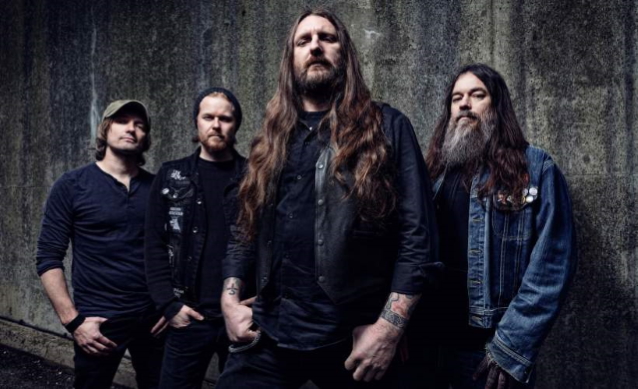 British stoner metal titans ORANGE GOBLIN will play their previously announced U.S. dates without longtime drummer Chris Turner, who has been denied entry to America due to visa issues.

The band's six-show run, which kicks off on Tuesday, August 27, includes select stops in New York, Chicago, Los Angeles, Austin and Dallas, as well as an appearance at the Muddy Roots festival in Cookeville, Tennessee.

ORANGE GOBLIN explained Turner's absence from the shows in a lengthy Facebook post earlier today. The band wrote: "It is with a heavy heart that we have to report that our drummer, and an integral member of the band for 25 years, Chris Turner will not be boarding the plane tomorrow (August 25th) to play the upcoming US tour dates.

"Despite starting our visa application process over three months ago, despite having one of the top companies put our petition in, despite the endless red tape and hoops we had to jump through we were only given a last minute embassy appointment. At that appointment Chris was told that he would have to provide extra information for 'Administrative Processing', this despite having had 6 US working visas previously, as well as a US social security number.

"This 'extra info' required was 15 years international travel history (every single ORANGE GOBLIN show outside the UK plus every single personal and family holiday Chris has taken), 15 years address history, 15 years employment history, all the names and birthdays of his entire family, every phone number and email address he's used in the last 15 years and all his social media info. Bear in mind Chris has no criminal record (even had a clean driving licence for over 30 years), He is not a member of or affilaited with any political group or organisation and he hasn't travelled to a blacklisted country.

"Chris managed to get all this information emailed over to them within four hours of the embassy appointment. Despite this, despite the hard work of our US agent, despite the hard work on Chris's behalf from our US legal team, despite having a US Senators office supporting his case and contacting the embassy directly, despite all this he still hasn't had a visa issued and will be unable to travel to the USA, no information has been forthcoming. In fact, as it stands he hasn't even had his passport returned to him (possibly by next Thursday). He still then won't have a visa and may not ever get a visa.

"According to our legal team they've seen an increasing ammount of these extra info requests since the current administration took over and it's becoming harder and harder (and more expensive) for touring artists to visit and work in the USA. In this case specifically they can find absolutely no reason why this info was requested of Chris, why the process is taking so long and why there is zero information forthcoming from the embassy/immigration. In their opinion, Chris has just been singled out for reasons or by individuals unknown.

"Not only is this a shitty situation for Chris but it's a terrible one for the band, we've already incurred $15-20k costs (visas, flights, accomodation, crew, merch, backline hire etc.) and for the band not to do these shows would bankrupt us — ORANGE GOBLIN would cease to exist. Consequently Ben, Martyn and Joe will still be travelling, and have fortunately found a substitute drummer, Mr. Chad Walls, who is learning the set in a few days and will spend all day Monday in a Manhattan rehearsal studio going over the songs ahead of the first show in NYC on Tuesday. It's not ideal, it's actually far from ideal for everyone involved but suffice it to say we are all working flat out to make these shows happen.

It is with a heavy heart that we have to report that our drummer, and an integral member of the band for 25 years, Chris... 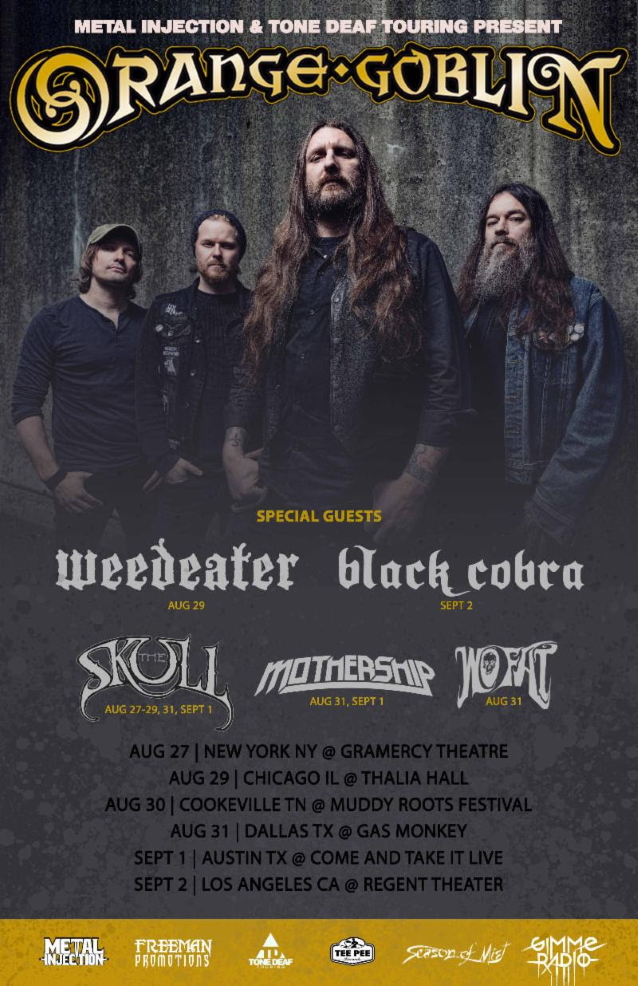