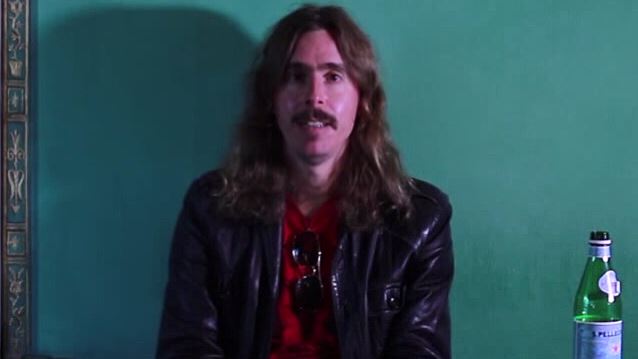 Guitarist/vocalist Mikael Åkerfeldt of Swedish progressive metallers OPETH recently answered a number of fan-submitted questions on a wide range of topics for the video question-and site asQme. Check out the clips below.

Asked if he would ever consider putting together a supergroup to record a new album, Mikael responded: "I'm not sure if that's for me, to be honest. I think the band today is as good as it gets for me. I don't really have any wishes to work with anyone. Of course, I have idols, heroes of mine that I look up to, but I don't think I could work with them… One of my heroes is Ritchie Blackmore [RAINBOW, DEEP PURPLE], but I couldn't work with him. What am I gonna do? I'm gonna tell him I have a riff? It doesn't work like that. So I'm not sure what to answer to that question."