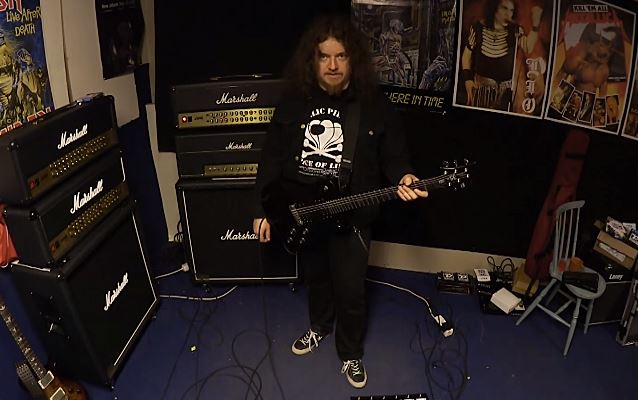 RockSverige.se recently met up with guitarist Fredrik Åkesson of Swedish progressive metallers OPETH in the band's rehearsal room to take a closer look at his gear. Check out the footage below.

Speaking about following up 2011's "Heritage" album with "Pale Communion", Fredrik told Rock Made Of Metal: "It would have been strange, in a way, if we would have done a very metal album straight after 'Heritage'. I think this album goes a bit hand in hand [with the last one] even though it's different; 'Pale Communion' is different compared to ['Heritage']. And I know the fans are a bit divided; some people don't like that kind of [less heavy direction] and some [do]. But, I guess, a lot of people that listen to OPETH have a bit of an open mind; they can understand [why we wanted to do this]."