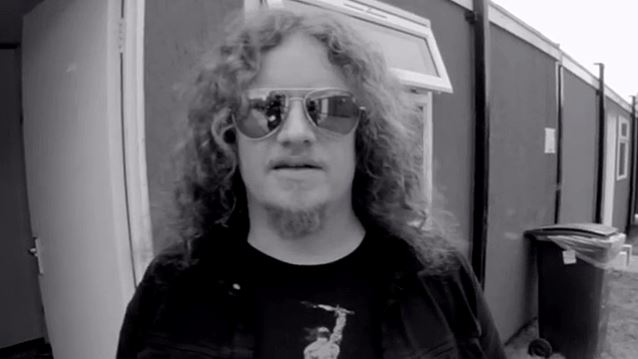 Guitarist Fredrik Åkesson of Swedish progressive metallers OPETH spoke to Roadrunner Records at this year's Download festival, which took place June 13-15 at Donington Park in Leicestershire, United Kingdom. You can now watch the chat below.