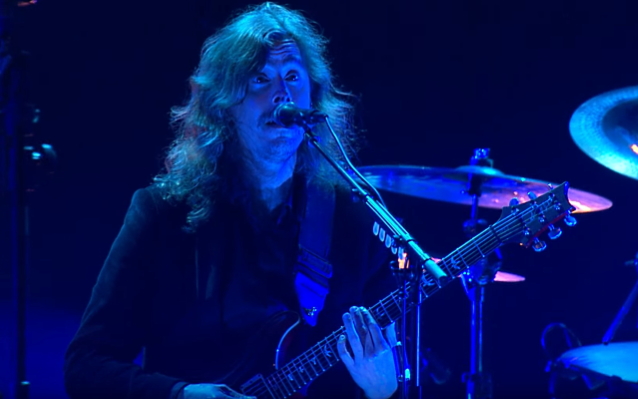 Professionally filmed video footage of OPETH's August 2 performance at the 2019 edition of the Wacken Open Air festival in Wacken, Germany can be seen below.

"In Cauda Venenum" was released on September 27 via Moderbolaget / Nuclear Blast Entertainment. Recorded last year at Stockholm's Park Studios, the effort was made available in two versions, in both Swedish and English languages.

Regarding the decision to release "In Cauda Venenum" in Swedish, OPETH mastermind Mikael Åkerfeldt told Revolver: "Doing it in Swedish was just an idea that popped into my head, like, 'Maybe I should fry my egg in the morning instead of boiling it.' It wasn't any deeper than that. And I figured the music climate has changed so much, does it really matter which language it's in? That was it. And it didn't have me writing more lyrics — it just had me writing more music. And the music didn't sound more Swedish or anything like that. But it was a gateway that opened, and it was fun.