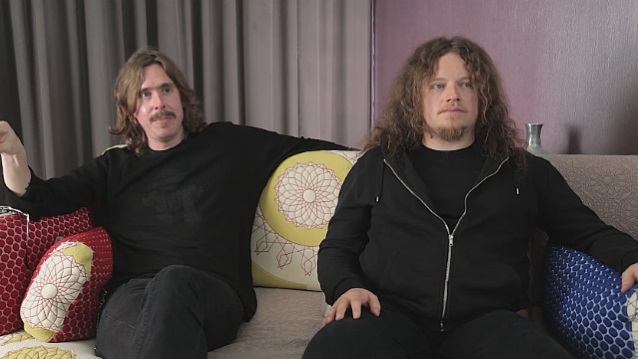 The German branch of Roadrunner Records has uploaded part one of a new video interview with Mikael Åkerfeldt and Fredrik Åkesson of Swedish progressive metallers OPETH about the band's highly anticipated eleventh studio album, "Pale Communion". You can now watch it below.