"Just got back from the two shows we did with [the Swedish death metal 'supergroup'] BLOODBATH! Great fun! We played at the Party.San festival in Germany and at the Pellavarock fest in Finland. I was really sick with the flu/sore throat and so was Axe [drummer Martin 'Axe' Axenrot, also of OPETH] so the two rehearsals we did for the shows was a drag, really! During the shows I had to blow my nose all the time, which probably isn't the best for death metal cred, but what the hell?

"The first show was pretty disastrous. The sound on stage was out of control and none of us could hear anything at all. Not a great show but fun nevertheless. They only gave us a 15-minute changeover so we didn't have time to do a proper line check. Loads of people there and I guess most seemed to enjoy themselves, but we really though it was horrendous, haha! The second one was way better...both me and Axe we're doing slightly better yet I still had to blow my nose all the time. It was a tight show with much better stage-sound yet a lot less people being a smaller festival in the woods.

"It was great times overall, I thought I'd be miserable being sick and being so busy with OPETH, I was on the verge of calling it off, but truly ended up having a great time.

Fan-filmed video footage of BLOODBATH's performance at the Party.San Open Air festival, which took place August 7-9, 2008 in Bad Berka, Germany, can be viewed below.

High-quality photos of BLOODBATH's concert at Party.San are available at Metalpics.ch.

BLOODBATH will release its new studio album, "The Fathomless Mastery", on October 6 via Peaceville Records. The band described the upcoming CD as representing "nothing but hateful brutality." Promising its "most crushing production yet," the group's lineup on "The Fathomless Mastery" is the same as that on BLOODBATH's "Unblessing the Purity" mini-CD, which came out in March:

Check out a mini-site for "The Wacken Carnage" featuring a video clip from the DVD, a desktop wallpaper and pre-order links to the webstore and iTunes at this location. 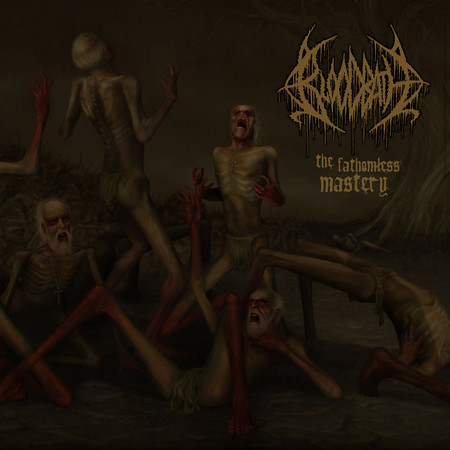