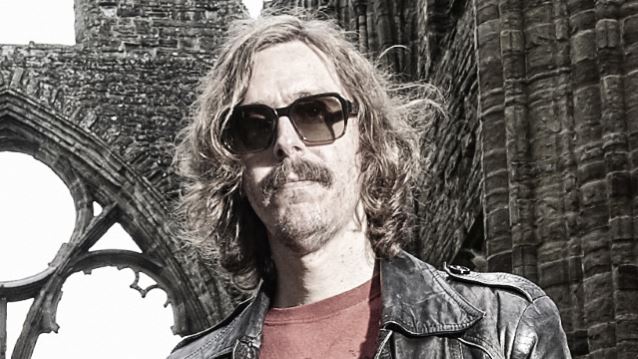 He said: "It wasn't a decision that we sat down and discussed. The decision happened on its own; it happened in the middle of a creative process actually, because I was writing what was going to be our tenth record ['Heritage']. It was kind of heavy, like a continuation of the stuff we were best known for: very dynamic music and mainly screaming, death metal vocals. But I guess I was fooling myself when I was writing that kind of stuff. I was fooling myself that I liked it and that it was the right thing to do. I played some stuff to Martin Mendez, who plays bass in OPETH, and he said something along the lines of, This is not what we should do.' He didn't say 'This is not good enough,' he just thought it wasn't interesting, and he was right. We kind of milked that sound to the very end."

"Heritage" turned out to be cleaner than anything OPETH had ever done before, with the death metal overtones, heavy riffs and dark atmosphere disappearing in favor of a more '70s-inspired rock style.

"It was liberating," Åkerfeldt said. "It was fantastic, I have to say. I feel more free.

"I'm not gonna say anything bad about metal, because I love metal, but we felt shackled in that kind of sound that we had created and I wanted to move on a little bit. And once we dared to make that step, it felt like a rejuvenation and I lost all fears of everything. Now it just feels like I can focus on writing good music and I don't necessarily feel the need that we, as a band, have to fit in anywhere."

Mikael admitted that he was reluctant to drop the death metal elements in OPETH's music for fear of alienating the band's fan base.

"Even though I love those early records, I want to expand my singing," he said. "But I was afraid, a bit nervous people will completely stop liking us and we'll be reduced to nothing and have a job cleaning toilets. I guess I was a little bit afraid for our career, but that was the biggest warning sign; to cater to a career could have been the worst thing I think I could have done. I need that type of honesty when I write music otherwise it's going to end up being shit, I think."

For "Sorceress", OPETH returned to Rockfield Studios in Wales, also home to pivotal releases from QUEEN, RUSH and JUDAS PRIEST, where the Swedes had tracked "Pale Communion" in 2014 with Tom Dalgety.