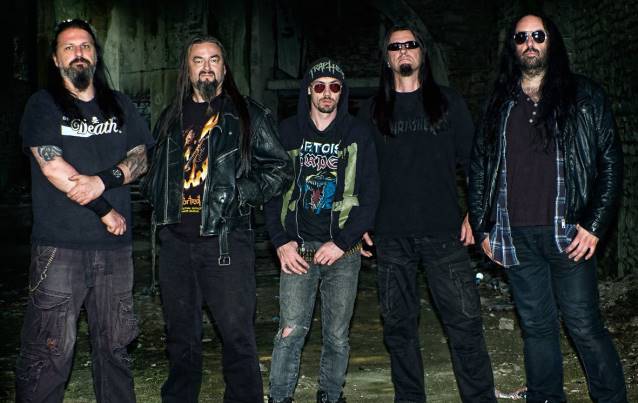 British thrashers ONSLAUGHT will hit the road in the United Kingdom and Ireland in the middle of July as part of their ongoing "Thrash Invasion" European tour in support of the "VI" album, released last September. The package is completed by Danish thrashers ARTILLERY and San Francisco Bay Area metallers HATRIOT, who are fronted by former EXODUS singer Steve "Zetro" Souza. ONSLAUGHT's friends NIGHTLORD have been added to the London show on Sunday, July 20.

ONSLAUGHT has announced that this tour will see the recording of a new live DVD, to be released in time for Christmas. The set will feature recordings from the Bristol and London shows, as well as fan footage from around the U.K., an exclusive interview with singer Sy Keeler and guitarist Nige Rockett and video clips from the band's recent releases.

Commented Nige Rockett: "The new album, 'VI', has exceeded all our expectations, by a long long way!! We really pushed ourselves to the limits in making this record and I think that truly shines through in the final results. 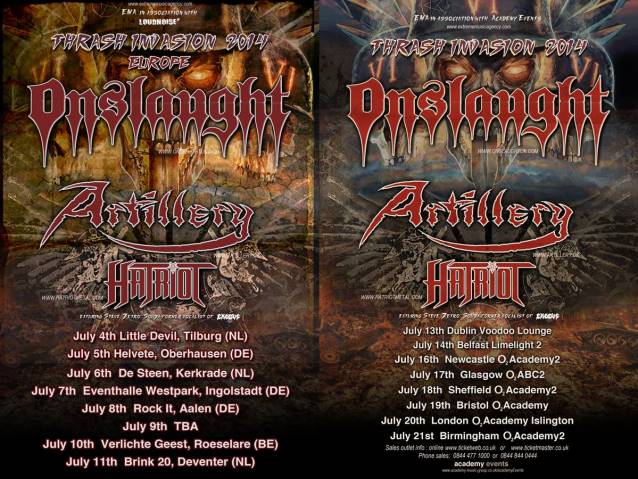