British thrashers ONSLAUGHT have been confirmed for the Rock City Open Air 2009 festival, set to take place August 20-23 in Fetesti, Romania. Guitarist Nige Rockett comments: "This is gonna be an awesome and crazy event, if our last visit to Romania was anything to go by. We met some wonderful people and made some real good friends; definitely one of my most memorable and special experiences with ONSLAUGHT and I really cant wait to return."

Fan-filmed video footage of ONSLAUGHT performing the song "Let There Be Death" at last year's Damnation Festival, which was held November 22, 2008 in Leeds, U.K., can be viewed below (clip uploaded by Dave Ingham a.k.a. YouTube user "triptykon"). The group's entire concert was recorded for a live album, to be released through Candlelight Records. 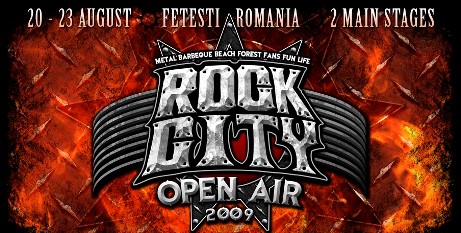