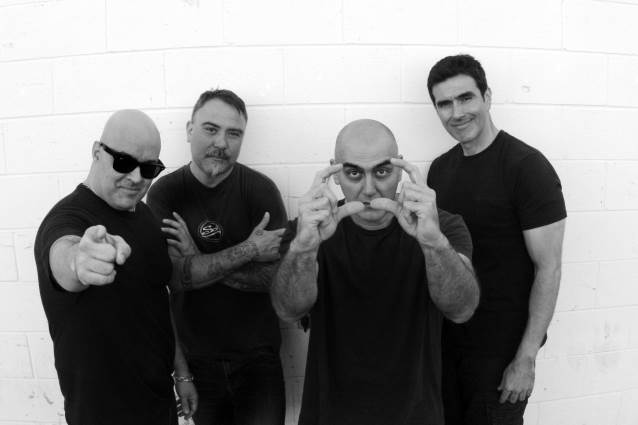 Los Angeles-based hard rock band ONESIDEZERO has reformed and will return to the stage on August 18 at The Viper Room in Hollywood, California. This will mark the group's first live appearance with its new lineup, featuring founding members Jasan Radford (vocals, guitar) and Levon Sultanian (guitar), along with new drummer Michael Tarabotto and bassist Marello Dias (formerly of SOULFLY and ABLOOM).

ONESIDEZERO is currently working on new music for release later this year, along with booking more live dates.

Formed in 1997, ONESIDEZERO have released two albums: their acclaimed 2001 debut, "Is This Room Getting Smaller", which was produced by Jim Wirt (INCUBUS) and mixed by David Botrill (TOOL), as well as the 2007 self-titled follow-up, which was helmed by Ulrich Wild. Through the years, the band has toured with the likes of INCUBUS, SEVENDUST, STATIC-X, SOULFLY and 311, and has also appeared on the HBO show "Reverb" with LINKIN PARK.

Also appearing with ONESIDEZERO at The Viper Room will be WITH OUR ARMS TO THE SUN and BROKEN MACHINE.