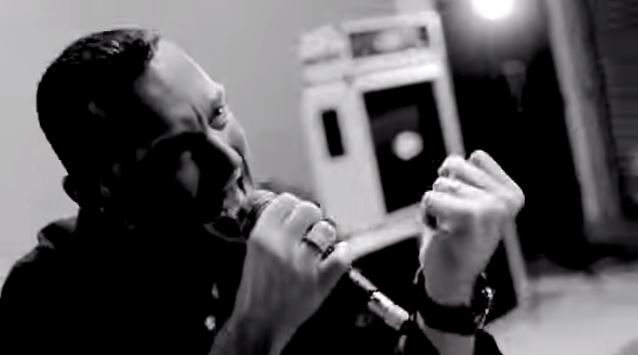 The video for "The Distortion Of Lies And The Overdriven Truth", the title track of the debut album from ONE MACHINE, the brainchild of acclaimed guitarist/songwriter Steve Smyth (TESTAMENT, NEVERMORE, FORBIDDEN, DRAGONLORD, VICIOUS RUMORS), can be seen below.

Says Smyth: "A lot of work went into this, shooting with the excellent Anthony Dubois, then over to an old friend of mine I've been waiting to work with, Mike Sloat. Both guys were great to work with, and together, I think we've brought the truth in the distortion of lies in the world with this video."

"The Distortion Of Lies And The Overdriven Truth" was released on February 18 via Scarlet Records. The CD was recorded and produced by Steve Smyth and was mixed by Roy Z (JUDAS PRIEST, BRUCE DICKINSON, HALFORD). It was mastered by Alan Douches (3 INCHES OF BLOOD, FIREWIND, SEPULTURA) at West West Side Music, with artwork created by Niklas Sundin from Cabin Fever Media (DARK TRANQUILLITY, ARCH ENEMY), complemented with photography from Anthony Dubois (MESHUGGAH, MNEMIC).

Vocalist Mikkel Sandager (MERCENARY) left ONE MACHINE this past spring due to "personal and business differences" and has been replaced by Chris Hawkins (METALHEAD). The band's current lineup is rounded out by Jamie Hunt (BIOMECHANICAL) on guitar, Tomas "O'Beast" Koefoed (MNEMIC) on bass and Michele Sanna on drums (although former drummer Raphael Saini of Italian progressive metallers CHAOSWAVE played on the album).

"Jamie's playing complements mine extremely well, and we hit it off perfectly when we got together to work on the songs," said Smyth. 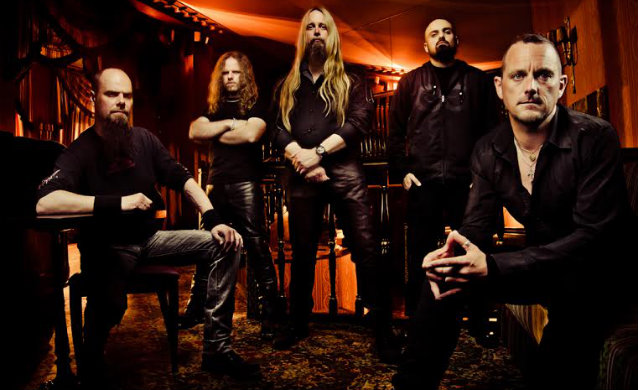 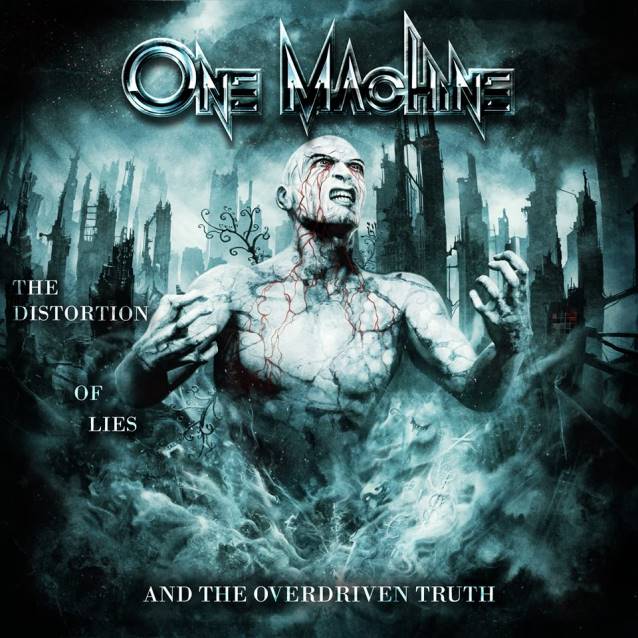