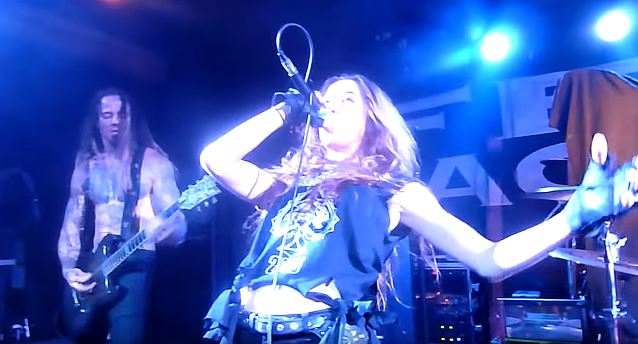 Video footage of ONCE HUMAN, the new band featuring former MACHINE HEAD and SOULFLY guitarist Logan Mader, performing on October 31 at Adrenaline Sports Bar And Grill in Las Vegas, Nevada can be seen below.

In a recent interview with Sonic Cathedral, Lauren shared the story of her engagement to Logan. She said: "We knew from the first couple of months that this was it. I have never felt so connected to anyone. Okay, I know this is going to sound strange, but have you heard about people who say there is electricity … like a spark? Well, I didn't think that was real. I thought anyone who ever said that was mental as shit, or maybe they watched too many chick flicks. I was working with Logan, and we never really shook hands or anything. A couple of sessions in, I was done with the session and we were going to say goodbye, and we went in for a hug. It was the first time we actually made contact, and it was literally like lightning struck. We both jumped back after the hug, and we couldn't look each other in the eye. I just walked out like, 'Okay, goodbye!' And he was like, 'Okay, goodbye!' We didn't talk about it until a little while later when I asked Logan: 'Did you feel that?' And he said: 'Yeah, I felt that.' It was literally a spark. Ever since that lightning moment, we just knew: 'This is it; this is the person I'm going to be with for the rest of my life.'"

She continued: "We went to the Wynn in Las Vegas. He took me to the Wynn hotel, which I'd never been to. I love the Wynn! They treat you like a princess, and there's good food. I don't gamble, but Logan likes to play a bit of poker. He is good at it, and I like to watch him play poker … well, I like spending time with him no matter what. The second or third time we went to Vegas, he took me out to a really nice dinner and then to the Bellagio. Do you know the water show? He proposed to me there. 'You can be engaged to me now.' [Laughs] He kind of just demanded it, and he gave me this beautiful ring. That was it. All my dreams have come true because of him. I did not believe in soulmates until I met Logan ... I know we were pre-destined to be together."

ONCE HUMAN's current lineup is rounded out by Skyler Howren on guitar, Damian Rainauld on bass and Dillon Trollope on drums. 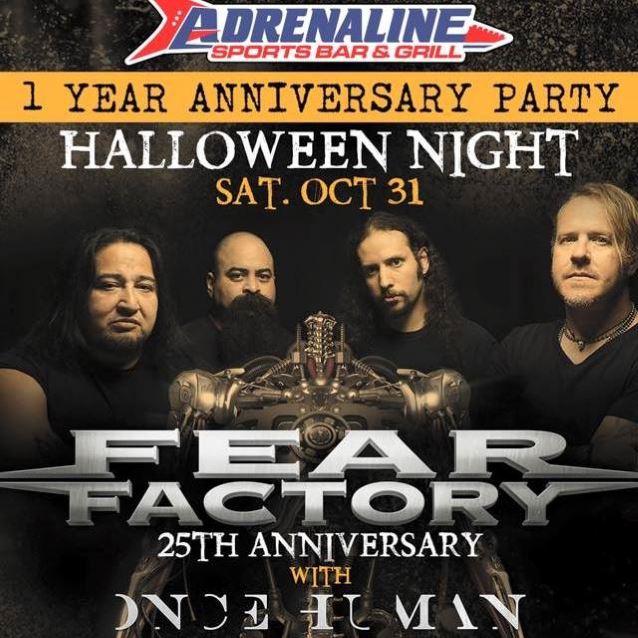