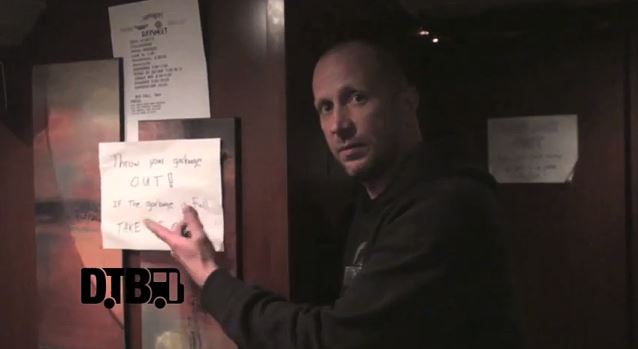 Digital Tour Bus, which gives fans "an all-access pass" to the tour buses that their favorite bands travel in, has posted its latest episode, focusing on New York death metallers SUFFOCATION. The five-minute clip, which was filmed on April 23, 2013 in Chicago, Illinois, can be seen below.

SUFFOCATION recruited John Gallagher (DYING FETUS) to handle lead vocals on a number of shows this spring. Gallagher filled in for SUFFOCATION's regular singer, Frank Mullen, who was unable to make the dates due to personal commitments.

"Pinnacle Of Bedlam", the new album from SUFFOCATION, entered the German Media Control chart at position No. 58. The CD was released on February 19 via Nuclear Blast Records. The artwork was handled this time around by Raymond Swanland.