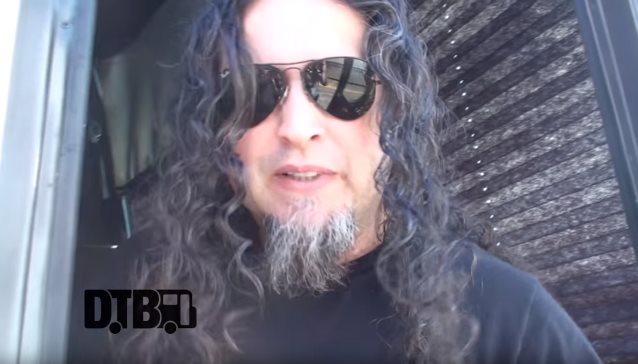 QUEENSRŸCHE is featured in the latest episode of Digital Tour Bus's "Bus Invaders", which takes you inside the touring vehicle of one of today's top touring acts. The footage was shot on September 26 in Rosemont, Illinois.

QUEENSRŸCHE's new album, "Condition Hüman", debuted at No. 27 on The Billboard 200 chart, having shifted 14,000 equivalent album units in the week ending October 8.

"Condition Hüman" was released on October 2 via Century Media. The CD was recorded in part at at Uberbeatz Studio in Washington with producer Chris "Zeuss" Harris, who has previously worked with ROB ZOMBIE, HATEBREED, SOULFLY and SHADOWS FALL.