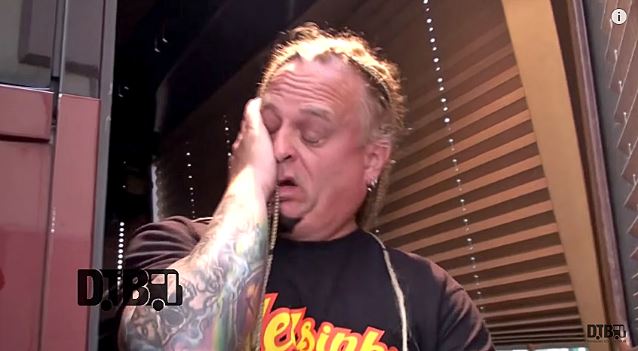 Each episode of Digital Tour Bus's "Bus Invaders" takes you inside the touring vehicle of one of today's top touring acts. In the latest episode, which was filmed on May 6 in Joliet, Illinois, KAMELOT bassist Sean Tibbets gives you a tour of his band's bus during the first leg of the "Haven" tour.