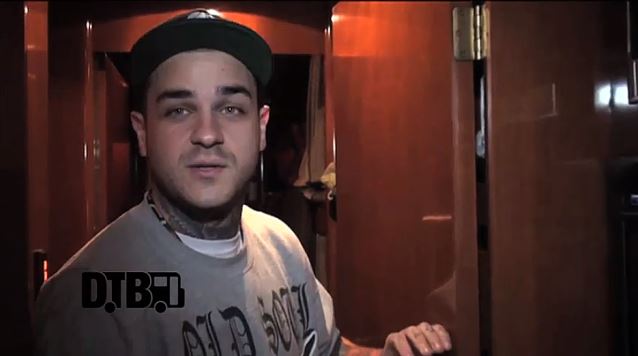 Digital Tour Bus, which gives fans "an all-access pass" to the tour buses that their favorite bands travel in, has posted its latest episode, focusing on the Queens, New York-based deathcore act EMMURE. The five-minute clip, which was filmed on July 27, 2013 in Tinley Park, Illinois during this past summer's Rockstar Energy Drink Mayhem Festival, can be seen below.

EMMURE will enter the studio later this year to begin recording its sixth full-length album for a spring 2014 release via Victory Records.

EMMURE is closing out 2013 by headlining the Never Say Die! tour in Europe (October 4-26) and then a full U.S. tour (October 29 - November 22) alongside ASKING ALEXANDRIA, SEVENDUST, ALL THAT REMAINS and FOR TODAY.