Norwegian melodic black metal band OLD MAN'S CHILD, which is led by guitarist/vocalist Galder (also in DIMMU BORGIR), will release its new album, "Slaves Of The World", on May 19 via Century Media Records (one day earlier internationally). The CD was recorded last fall at Studio Fredman in Gothenburg, Sweden with producer Fredrik Nordström (DIMMU BORGIR, ARCH ENEMY, IN FLAMES, etc.), who had previously worked with the band on the "In Defiance Of Existence" (2003) and "Vermin" (2005) albums. The nine-song effort features Peter Wildoer (DARKANE, PESTILENCE) on drums.

"Slaves Of The World" track listing:

01. Slaves Of The World
02. Saviours Of Doom
03. The Crimson Meadows
04. Unholy Foreign Crusade
05. Path Of Destruction
06. The Spawn Of Lost Creation
07. On The Devil's Throne
08. Ferden Mot Fienden's Land
09. Servants Of Satan's Monastery

The song "Slaves Of The World" is available for streaming on the group's MySpace page.

Commented Peter: "After having being asked to be part of the new OMC album, I obviously went back and listened to the previous releases of the band, so I now am able to say that in my opinion, these new nine songs are the best material I have heard of the band so far. There is a lot of more variety going on and the album will sound bigger than any other OMC record before. As far as my performance goes, this is probably the best drumming I have ever recorded so far. I am extremely happy and proud of the session and there's a lot more double bass and blast beats on here than you have normally heard me doing, so look out for this great record!"

OLD MAN'S CHILD's last album, "Vermin", was released in October 2005 via Century Media Records. The follow-up to 2003's "In Defiance of Existence" was recorded at Studio Fredman in Gothenburg, Sweden and features a guest appearance by TESTAMENT/DRAGONLORD guitarist Eric Peterson. Artwork was handled by Set<'H>. 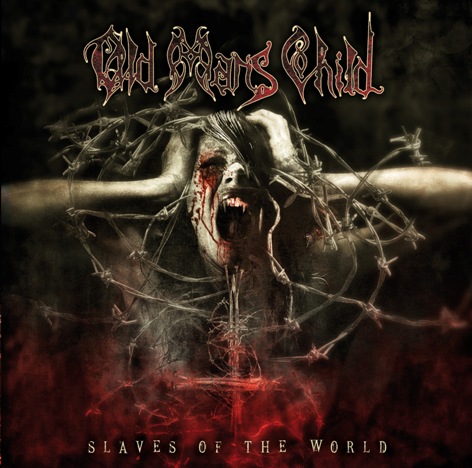