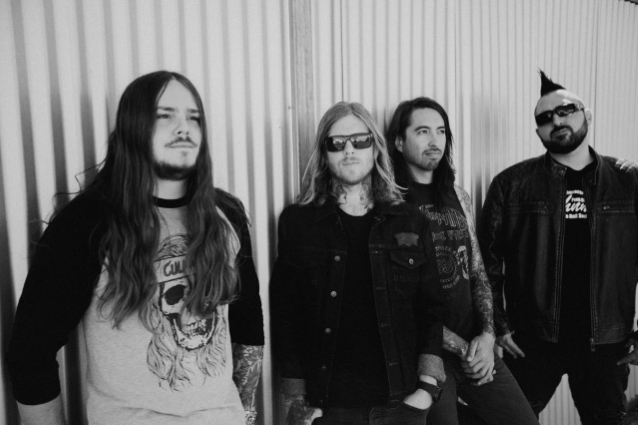 OF MICE & MEN has entered the studio with producer Josh Wilbur (TRIVIUM, LAMB OF GOD, GOJIRA) to begin recording the follow-up to this year's "Defy" album.

"We're super pumped to be in the studio with Josh, as we're all big fans of his production and mix discography," said singer and bassist Aaron Pauley.

"When we decided to go heavier with this album, Josh's was one of the first names to pop up — and I can tell you, we're a little over halfway done and it's sounding huge and heavy, heavenly and absolutely demonic — all rolled into one."

OF MICE & MEN will spend the fall on tour in Europe with BULLET FOR MY VALENTINE before hitting the road in the U.S. for a winter tour with NOTHING MORE.

"We're excited to have also announced that we're touring the U.S. next year with NOTHING MORE. Come to a show, and bang your head," Pauley said.

The tour kicks off on February 21 in Phoenix and runs through March 23 in San Antonio.

"Defy" marked OF MICE & MEN's first full-length release without vocalist Austin Carlile, who left the group due to his ongoing battle with Marfan syndrome, a rare genetic disorder that afflicts the connective tissue holding the body's cells, organs and tissue together. Handling lead vocals in the band now is Pauley. 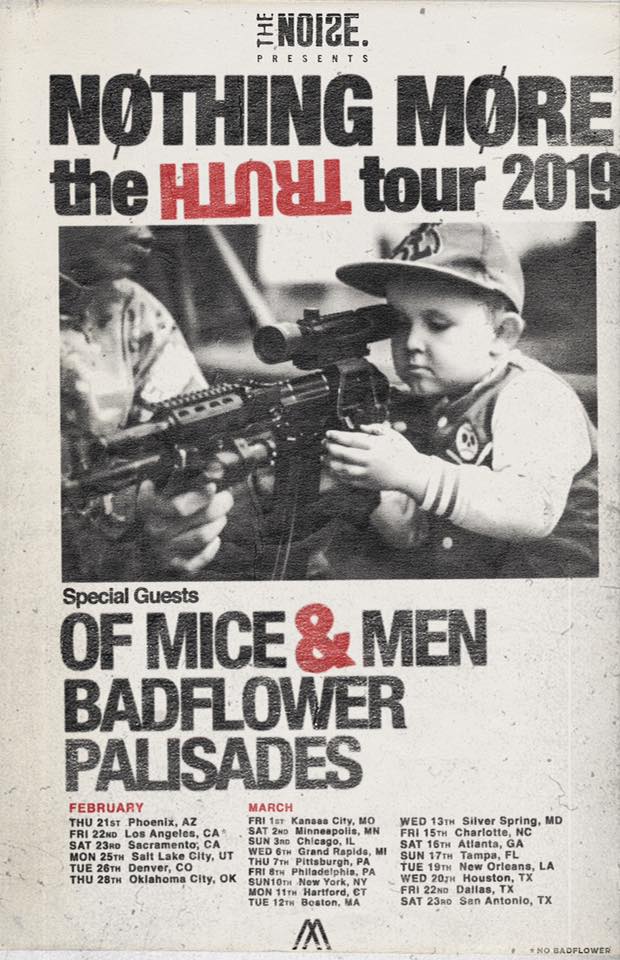