Walkerton, Ontario-based metallers ODIUM have signed with Year of the Sun Records for the release of their debut album. Entitled "At The Botton", the CD was produced by Greg Dawson (THE END, MONEEN) and will surface later this month.

Commented ODIUM bassist Dale Burrows: "We're excited to join the Year of the Sun roster and finally see our debut, 'At The Bottom', get released. The label has developed a solid reputation for developing bands and we’re excited to be a part of the family. We've been working the past few years to get to a point where we could share our music on a national scale and now we have the chance. I think our debut offers a little bit of everything that fans of bands like SLIPKNOT or KILLSWITCH ENGAGE could get into just as easily as fans of more atmospheric bands like TOOL or OPETH."

ODIUM developed a following by playing packed shows throughout Ontario with the likes of ARISE AND RUIN, FUCK THE FACTS and STARRING JANET LEIGH. The group's "sound of molten metal collides with anthemic choruses to create dark and creepy soundscapes," according to a press release. 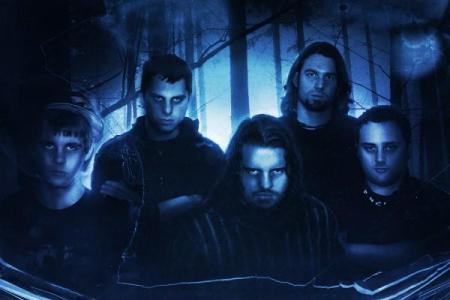