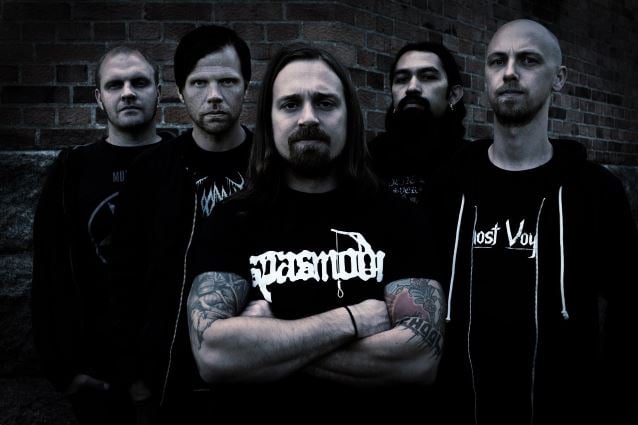 "Winged Waltz", the new album from OCTOBER TIDE, the long-running Swedish doom five-piece featuring former KATATONIA members Fredrik and Mattias Norrman and current AMON AMARTH touring drummer Jocke Wallgren, can be streamed in its entirety below. Due on April 22 via Agonia Records, the follow-up to 2013's "Tunnel Of No Light" was recorded, mixed and mastered at Wing Studios (DEMONICAL, CENTINEX, DIABOLICAL) in Sweden with producer Sverker Widgren.

OCTOBER TIDE vocalist Alexander Högbom stated about "Winged Waltz": "This is undoubtedly the best and most emotionally charged material OCTOBER TIDE has created, in my opinion. I know how much hard work Fredrik (guitar) has put into making this album and you can really feel the thought behind it all. I almost injured myself physically and was close to pass out a couple of times during the recording of the vocals. I gave it all to match the intense music and those powerful lyrics and I'm very happy with the result."

OCTOBER TIDE has announced a European tour in support of the album, which will take place this fall, together with labelmates DEMONICAL acting as co-headliner.

"Winged Waltz" will be available in the following formats:

Formed in 1995 by KATATONIA members Jonas Renkse and Fred Norrman, OCTOBER TIDE spawned two now-cult releases, "Rain Without End" (1997) and "Grey Dawn" (1999), before going on hiatus for over eleven years. Reunited in 2009, the Swedes continue to push their vision of melodic death/doom metal to the next level. 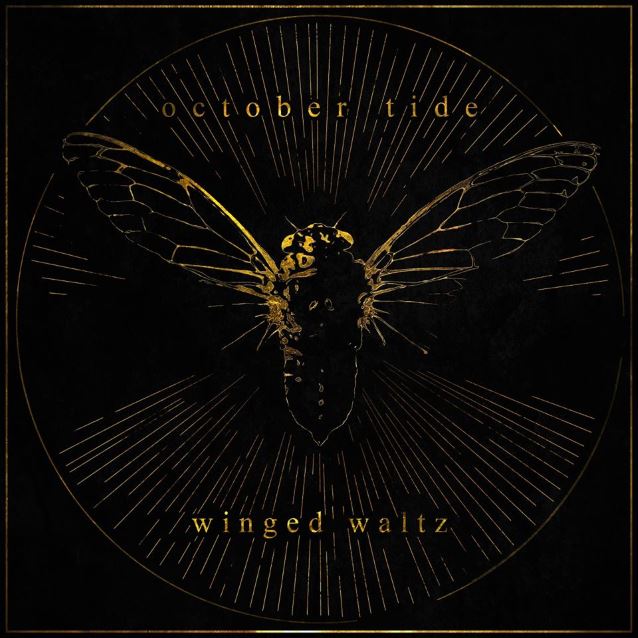