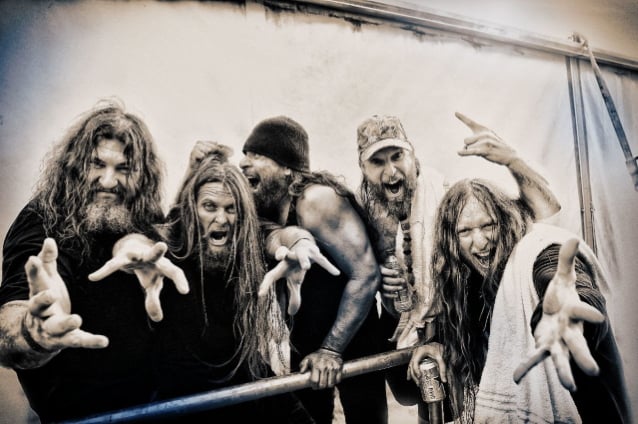 Death metal legends OBITUARY have announced a three-part "live stream concert series", featuring full-album performances of "Slowly We Rot", "Cause Of Death" and rare classics. The first two streams — a "Slowly We Rot" set on Saturday, October 17; and a "Cause Of Death" set on Saturday, October 24 — will be live from the ESI Streaming Studio in Tampa, Florida. The third stream, featuring rare classics and special tracks, will be broadcasted live from OBITUARY's recording studio in Gibsonton, Florida.

Tickets are on sale, including various bundles for all three concerts and exclusive merch at obituarylive.com.

OBITUARY comments: "The World Health Organization has announced an earth-shattering advisory... they've tried to develop a vaccine... they're employing any treatment they can think of... but upon repeated examination and the indisputable death toll it has been confirmed... THERE IS NO CURE FOR METAL!!!!! And with that in mind, we aim to deliver you from the pain within... the pain withOUT this intangible substance your soul survives to crave....and present you with a trifecta of infectious disease that is sure to please your senses...socially distanced, WE WILL ROT TOGETHER!!!!!!"

In a recent interview with Heavy Culture, OBITUARY bassist Terry Butler stated about how he and his family are coping with the coronavirus crisis in their home state of Florida: "We're still practicing social distancing. And here at our house, we don't really go out unless we need to get food or something. We're still being as safe as possible.

"It's horrible," he continued. "The whole world is experiencing this. It's shut down a lot of stuff, but the music industry has been completely shut down. And I just hope soon we can get a vaccine or something and get back to some kind of normalcy on the planet.

"Everything we had scheduled for this year has been postponed, and it's gonna be rescheduled for 2021. So hopefully that will go through — festival dates and some tours we had lined up."

Asked how things are going with OBITUARY at the moment, Butler said: "Things are going good. Things are starting to kind of move along a little bit. We actually started writing some new material for a new album. We have a handful of songs kind of written — a lot of rhythms getting kicked around. We're gonna start practicing soon.

"For about three or four months, we kind of didn't do anything, just because the world was crazy. I mean, it's still crazy. So we're kind of starting to pick the instruments up right now and do some stuff and get the blood flowing again. 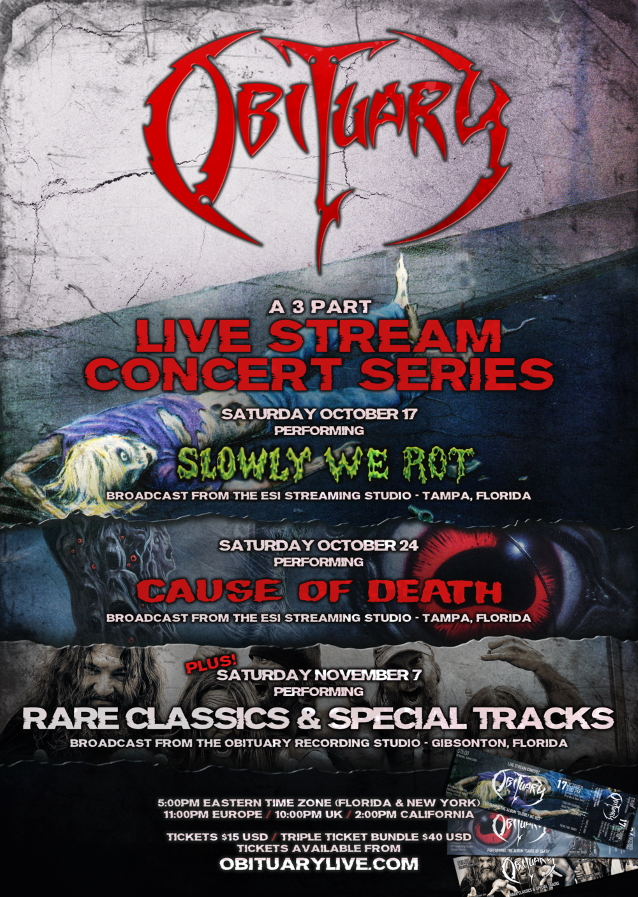