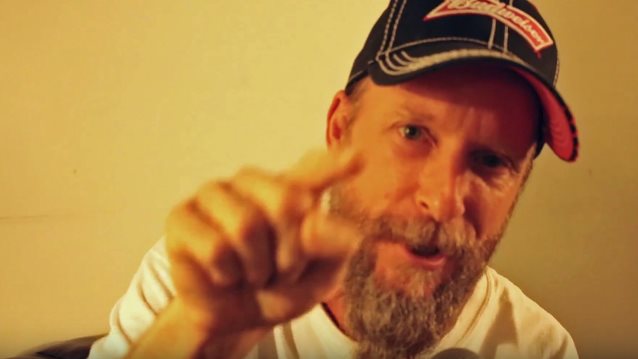 In a recent interview with Capital Chaos, OBITUARY drummer Donald Tardy commented on the band's original record label, Roadrunner Records, which released six studio albums by the group between 1989 and 2005. "It's a subject that none of the band members really like talking about," Tardy said. "We signed to Roadrunner a long time ago at a very early age, and they know that we signed the worst contracts on the planet, so we have no rights to any of those albums. We don't have any say-so. I don't think they're even being printed anymore — like, a young metalhead, I don't think can even find it in the store, a real copy of it. We went to Roadrunner and said, 'Can't we just simply negotiate and figure out — can't I get my albums back to the band?' They wanted no part of even the discussion. Sadly, OBITUARY has no power of what happens with those early albums."

He continued: "We were very young, just like a lot of bands. We're not the only ones on Roadrunner that say the same exact thing. It's sad that we got talked into horrible deals, and we signed our lives away, but when you're a sixteen-year-old kid and you're looking at a multi-album contract, you're just like, 'That's amazing — I'm going to be in a band!' Little did we know, thirty years later, we still can't get the rights back to it. Roadrunner owns it forever."