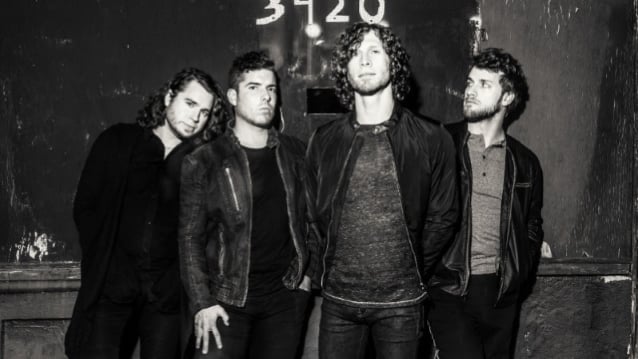 Alt rock band and three-time Grammy nominee NOTHING MORE has released the music video for the song "Fade In/Fade Out". The emotionally resonant track has quietly amassed over 13 million streams. It's a testament to the devotion that NOTHING MORE fans have for band — and the fact that a powerful song will always finds its audience.

The heartbreaking video follows the constantly evolving and somewhat tumultuous relationship between a father and son while charting the ups and downs of the cycle of life. The cinematic clip, directed by Stephen Mallett, can be seen below.

Guitarist Mark Vollelunga states: "I got the idea for this song when my wife and I finally agreed on the name of our son — Fenix. I can only hope that my fire continues to burn in him long after I fade out — the same fire my father passed on to me. May we all remember our parents and never leave words or feelings left unsaid. Don't let it be too late…"

The San Antonio four-piece is gearing up for its fall 2019 tour in support of GHOST. The trek kicks off today (Friday, September 13) in at the Rabobank Arena in Bakersfield, California and runs through October 26 in Glens Falls, New York.

NOTHING MORE's latest album, "The Stories We Tell Ourselves", was released in September 2017 via Better Noise Records.