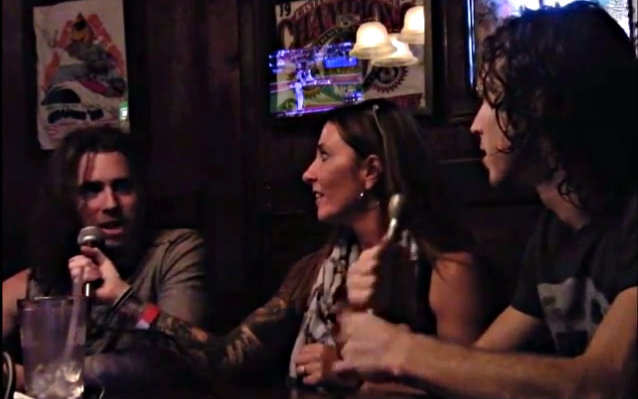 Tina Smash of the Jacksonville, North Carolina radio station Rock 105.5 conducted an interview with San Antonio, Texas alternative rockers NOTHING MORE before the band's August 19 performance in Charlotte. You can now watch the chat below.

The self-titled debut album from NOTHING MORE sold around 8,600 copies in the United States in its first week of release to land at position No. 33 on The Billboard 200 chart. The record arrived in stores on June 24 via Eleven Seven Music.

NOTHING MORE's lyric video for the song "Christ Copyright", taken from the band's debut CD, can be seen below. Frontman Jonny Hawkins told The Pulse Of Radio that the song is a critique of the way certain people in society try to force their beliefs on others. "It's kind of just spreading the idea that doubt is a virtue, that complying is sometimes good but not always," he said. "It's really focused on dogma, I think, underlying a lot of organizations, a lot of groups of people that get together and I think push any idea zealously with blinders on their eyes."

Hawkins told Loudwire about the track: "As a band, we get a sick feeling in our stomach, an ache in our head, and a pump of blood to our fists when we witness religious and political leaders telling people how to live, as if they have some kind of monopoly on the truth… This song is about how the truth is within us all, not in a man or in society."

NOTHING MORE is part of a new generation of rock stars who are unconcerned with fabricated notions of how and where they might fit in, but simply focus on making honest, passionate art with real intent. "When we first started, we branded ourselves on the arm after each year of touring, so we've all got these scars now, reminding us of the commitment we made to each other. We want to be a church for people who don't believe the things that churches believe," commented Hawkins.

Following the end of its current headlining tour, NOTHING MORE will join FIVE FINGER DEATH PUNCH, VOLBEAT and HELLYEAH on a major trek beginning September 16 in Salt Lake City. 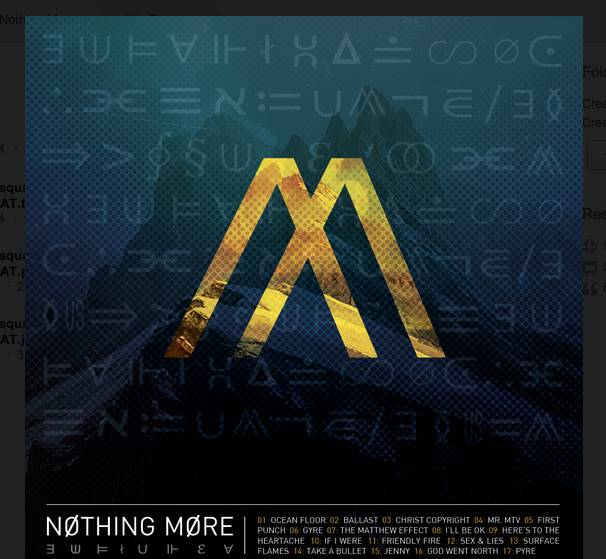