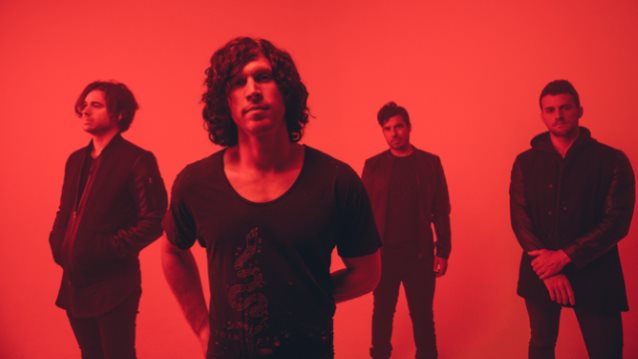 Hot off the heels of their spring U.S. run, San Antonio, Texas alternative rockers NOTHING MORE have announced "The Noise Presents Nothing More: The Stories We Tell Ourselves Tour 2017". The extensive North American trek kicks off September 12 in Memphis, Tennessee and includes stops in Boston, Toronto, Denver, Dallas and the band's hometown. HELL OR HIGHWATER, MY TICKET HOME and AS LIONS will be joining NOTHING MORE as support.

A tour announcement video featuring the new NOTHING MORE song "Go To War" — to be made available this Friday, June 23 — can be seen below.

A special BLABBERMOUTH.NET presale in select markets will begin on Wednesday, June 21 at 10:00 a.m. local time and end on Thursday, June 22 at 10:00 p.m. local time. When prompted, type in the presale code "BLABBERMOUTH" to access tickets before the general public.

This is NOTHING MORE's first tour in support of their upcoming album, "The Stories We Tell Ourselves".

You can't fake something like NOTHING MORE. Since the band's inception, they have cultivated a rapturous fanbase the old-fashioned way: By releasing groundbreaking music, tirelessly touring and cultivating a relationship with their fans that transcends trends. Correspondingly, the band's latest full-length, "The Stories We Tell Ourselves", sees frontman Jonny Hawkins once again bearing the soul of NOTHING MORE as his bandmates Mark Vollelunga (guitar), Daniel Oliver (bass) and Ben Anderson (drums) craft a sonic palette comprised of elements ranging from progressive metal to pop. Ultimately the album isn't just about the band's stories, it's also about the listener's personal narrative.

"Many times there is a disconnect between the stories we tell ourselves about reality and reality itself. That disconnect is a void where suffering and self-frustration often enter our lives," Hawkins explains. "'The Stories We Tell Ourselves' is an introspective journey from the first song to the last. Making this album helped me stay tethered to reality as I navigated through challenges in my personal life. I believe it will do the same for others. The title alone was a constant reminder to stay grounded when extreme waves of anxiety, depression, and sadness would try and sweep me into fruitless thought patterns and self-destructive, tail-chasing. For NOTHING MORE, music has always been the source from which we find a positive way to move through challenging emotions… this record is no exception." Furthermore, the album will be relatable to anyone who needs to look deep inside of themselves and find the strength to carry on in the face of adversity.

The songs on "The Stories We Tell Ourselves" were written early last year and recorded primarily on the road and in personal studios as production duties were often handled by Hawkins and the band themselves. "We are all very hands-on with the recording, so we decided that making this record on the road, when we were creatively thriving, would be ideal," Vollelunga says. While Hawkins previously wrote and performed most of the band's drum parts, this is the first album to feature Anderson, who joined the band in 2015. "Ben is an incredible drummer and gelled with our musical vision immediately," Oliver explains. "His talents also freed Jonny up to focus more on the production and melodies and I think that made this album come together in a really fluid way."

From the relentless groove of "Don't Stop" to the emotive, anthemic bent of the PIXIES-esque "Still In Love", "The Stories We Tell Ourselves" proves that confessionals have never been so catchy — and songs like "Let 'Em Burn" seamlessly alternate between aggression and anthemic pop. "'Just Say When' is probably the most sentimental song we've ever written and it came at a time when I had these overwhelming feelings of frustration about a past failed relationship. I needed an outlet to get it all out," Hawkins explains. It has been said that the polar emotion to sadness is anger. This is most certainly true as all sentimentality transforms from "Just Say When" into a furious blaze during "Go To War", which sees Hawkins showcasing his dynamic vocal range over a mix of electronic and organic instrumentation. "Whenever this band has difficult emotions, we turn them into something positive through music. That alchemy is the biggest reason we continue to do what we do," he says of the cathartic process.

Lyrically the band was further informed by everything from the writings of Carl Jung and C.S. Lewis to the potent psychedelic DMT, the latter of which helped open Hawkins's mind to new ways of understanding himself and the world around him. "'Funny Little Creatures' is about waking up to the fact that there are these creatures that you have within yourself and that there's often a lot more going on in our subconscious than we consider," he says. These ideas are mirrored in the artwork which ties directly into the central themes behind "The Stories We Tell Ourselves". However, while the content may be heady, the album also features more pop elements than any of the band's previous albums. Such is the case with the aforementioned "Don't Stop" which sees the band writing massive hooks that stretch toward the stratosphere. "I think 'Don't Stop' is totally genre-bending for us; we find inspiration in so many different kinds of music and felt it was important to not make rules about what we could or couldn't do with this record," says Hawkins. "This album definitely goes to a lot of places that we've never been before and I'm really proud of that," adds Vollelunga.

Then there are the band's live shows which have become legendary for the kinetic energy they share onstage. "We come from a perspective that the live show should be a totally different type of experience than what you hear on the record and we try to show that in every performance," says Hawkins. It's clear that this is a band that can't wait to share "The Stories We Tell Ourselves" with their fans across the globe.

Ultimately, "The Stories We Tell Ourselves" proves to all of us that even if our stories don't always have a happy ending there's a beauty in their very existence. Even during the album's darkest moments — Hawkins literally sings about being stuck in a hole on "Still In Love" — there's a hopefulness that permeates each of these songs that will inevitably resonate with new listeners while making the deep bond that NOTHING MORE has with their fans even deeper. 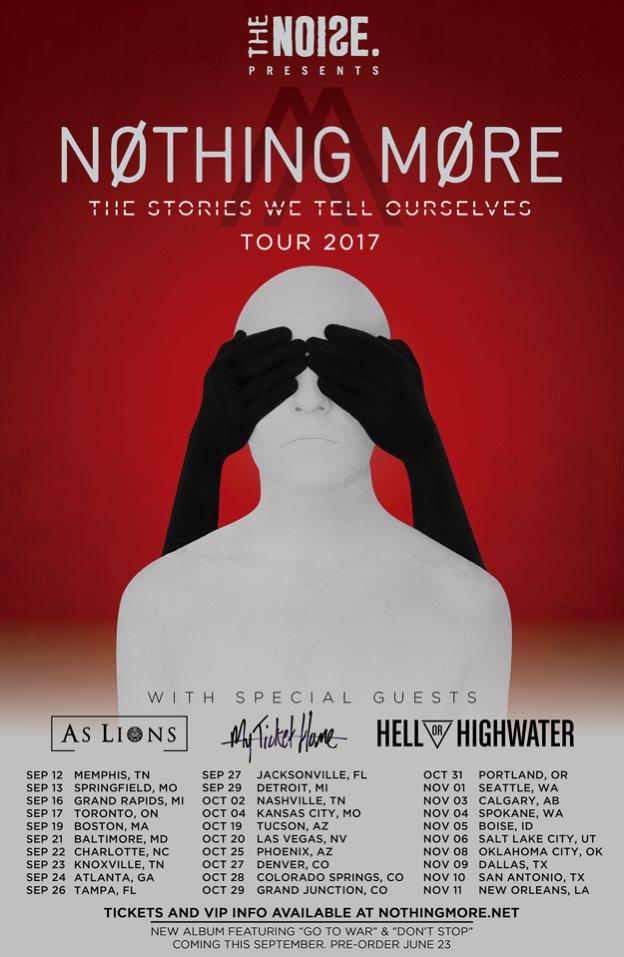