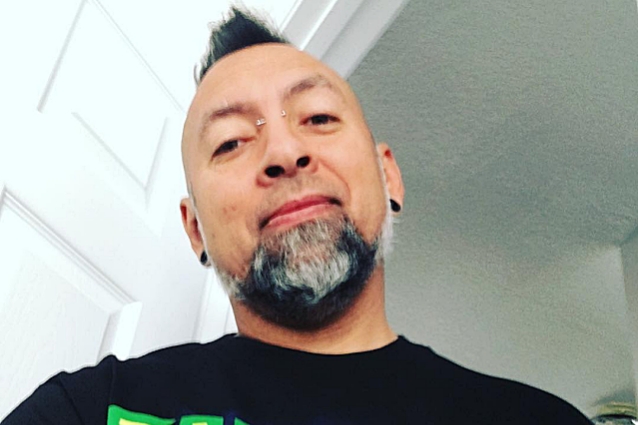 Former MACHINE HEAD and current ILL NIÑO guitarist Ahrue Luster will play guitar for NONPOINT on the band's upcoming U.S. tour, which kicks off on September 18 in Lubbock, Texas. The month-long trek will end on October 13 in Joliet, Illinois.

NONPOINT said in a statement: "We'd like to thank our friend Ahrue Luster for joining us on this next run! Your skills are INSANE and we look forward to introducing you to our family the #NonpointNation and appreciate your help on this next run!"

Luster continues to be a member of ILL NIÑO, which is embroiled in a legal battle with drummer Dave Chavarri over the rights to the band's name.

Last month, guitarist BC Kochmit announced his departure from NONPOINT in order to focus on his family life.

NONPOINT is touring in support of its tenth album, "X", which was released in August 2018. The follow-up to 2016's "The Poison Red" was produced by Fred Archambault, who has previously worked with ATREYU and AVENGED SEVENFOLD, among others.