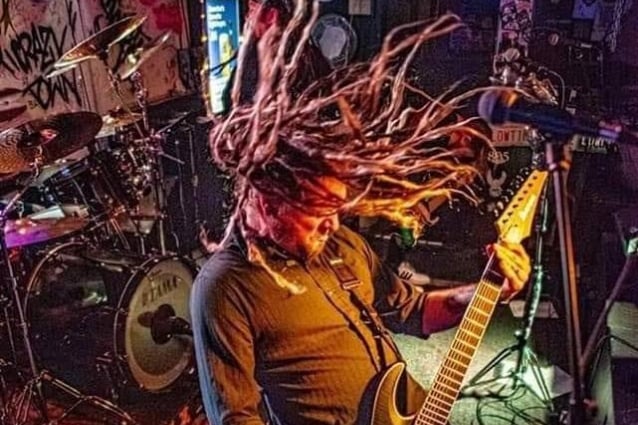 NONPOINT has announced the addition of guitarist Jason Zeilstra to the group's ranks.

The band said in a statement: "[We are] proud to announce that this Chicago resident and his talents, work ethic (and coincidentally his hair) are NONPOINT battle tested and ready to go."

NONPOINT will be on tour with HELLYEAH between November 15 and December 21.

This past August, guitarist BC Kochmit announced his departure from NONPOINT in order to focus on his family life.

NONPOINT is touring in support of its tenth album, "X", which was released in August 2018. The follow-up to 2016's "The Poison Red" was produced by Fred Archambault, who has previously worked with ATREYU and AVENGED SEVENFOLD, among others.

For its dates in September and October, NONPOINT was joined by former MACHINE HEAD and current ILL NIÑO guitarist Ahrue Luster.

As we wrap rehearsals, pack our gear, roll up our sleeping bags, get our marshmallows, gram crackers and @hersheys, pick...