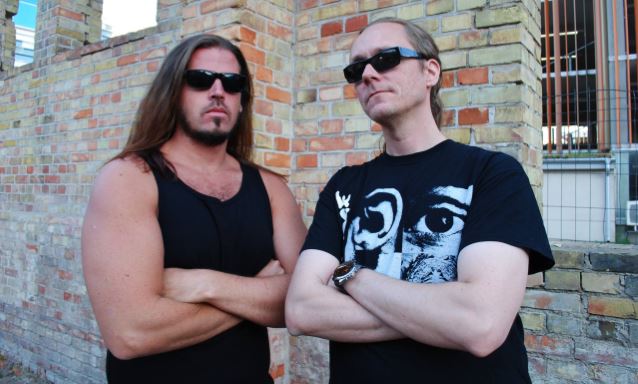 Swedish progressive death/thrash metal band NONEXIST — which features Johan Liiva (ex-ARCH ENEMY, CARNAGE, FURBOWL) and Johan Reinholdz (ANDROMEDA, SKYFIRE) — has inked a deal with the Danish metal label Mighty Music. The group's third album, "Throne Of Scars", will be released on October 9. The CD features nine tracks s produced and mixed by Johan Reinholdz at Multipass Studios with the assistance of Markus Nilsson at Sunnanå Studio in Malmö. The style of the songs retains the atmosphere from the previous album; dark, intense, varied and heavy while also adding some new influences in the mix.

The release party for "Throne Of Scars" will be held on October 30 at the Zeppelin rock bar in Copenhagen, Denmark and the band will be there to present the new album and DJ the event along with the Mighty Music crew.

The official lyric video for the "Throne Of Scars" title track can be seen below.

NONEXIST's latest full-length album, "From My Cold Dead Hands", was released in November 2012 via Pivotal Rockordings. The CD was recorded at Multipass Studios and featured nine blistering new tracks, accompanied by cover songs that Pivotal made available for free on SoundCloud and YouTube. 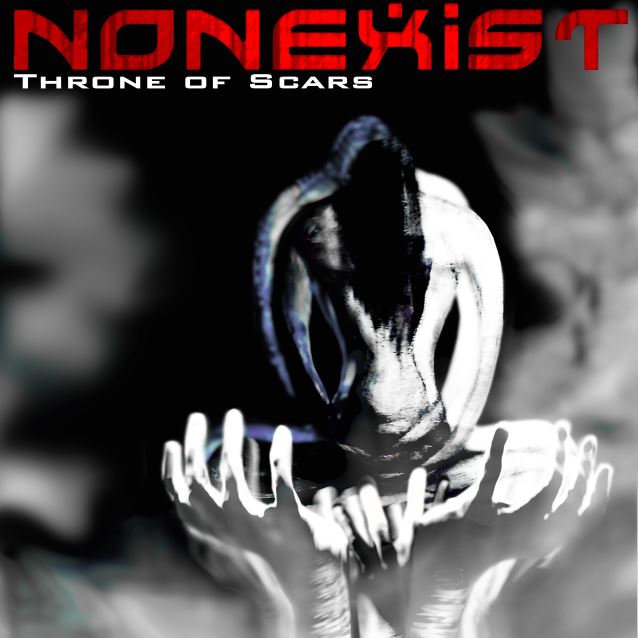