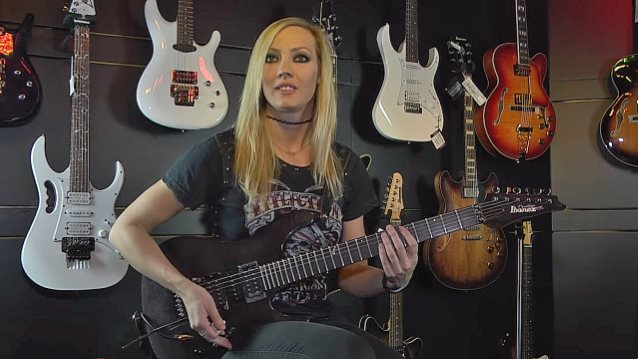 Mariskal Rock conducted an interview with Nita Strauss, the Los Angeles-based guitar shredder for the ALICE COOPER band, on March 10 in Madrid, Spain. You can now watch the chat below. A couple of excerpts follow (transcribed by BLABBERMOUTH.NET).

On how it feels to be a woman in a male-dominated industry:

Nita: "I don't really find it to be a man-dominated industry. I mean, I guess when you look at it, it is, but I don't really look at it as a female or male thing, or female or male guitar players or whatever. I just kind of look at it as musicians — it's just a community of musicians trying to help each other and be the best that we can be. And that's the experience I've had in the music industry, and it's what I try to create around me as well."

On whether she thinks the music industry is segregated by gender:

Nita: "If it is, I just ignore it. It's easy to pretend that it's not there, honestly. Yeah, of course, there's always gonna be people with their own opinions about a female in rock music and men in rock music, but at the end of the day, it's just about being a good musician."

On whether it was difficult being accepted by Alice Cooper fans as the replacement for Orianthi:

Nita: "I don't think so. I mean, I've been in the band for two years. At the beginning, yeah, it was definitely… I'm a really different guitar player than she is, so it took the fans… They had to find out who I was. All the people saw of me was this kind of obnoxious shred kid coming in [and] playing fast, so I had to show everybody that that's not what I plan to do with the Alice Cooper material, that I really plan to take it seriously and do the original songs justice, and that's what I did. I think she's an amazing guitar player, she did a fantastic job in the band, and I'm just really thankful that I got the chance to do it as well." 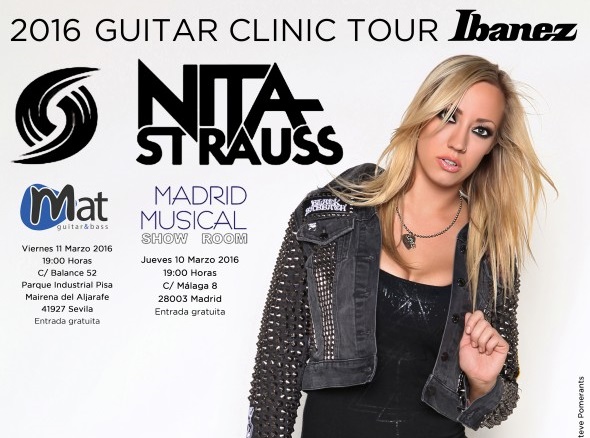