According to Billboard, NIRVANA's iconic "Nevermind" album has returned to The Billboard 200 chart this week with 5,000 equivalent album units in the week ending February 23. This marks the LP's landmark 350th nonconsecutive week on the tally — the eighth-most total weeks on the chart in its nearly 61-year history. The longest run on the list continues to belong to PINK FLOYD's "The Dark Side Of The Moon", with 927 weeks.

"Nevermind" was reissued in 2011 in both standard and deluxe editions to commemorate its 20th anniversary.

The album is often credited for eliminating "hair metal" and introducing the world to the heavy rock sounds emanating from the Pacific Northwest that came to be known as grunge.

MÖTLEY CRÜE bassist Nikki Sixx told SPIN about "Nevermind": "I announced the album before its release on [MTV's] 'Headbangers Ball'. I said, 'Here is an important rock album.' I never understood bands saying NIRVANA had anything to do with derailing their career. Maybe those bands just didn't have the goods. You can't pee like a puppy if you wanna run with the big dogs."

DEF LEPPARD guitarist Phil Collen commented: "At the 1992 MTV Video Music Awards, we were the sacrificial lamb — it was NIRVANA, PEARL JAM, CHILI PEPPERS, and DEF LEPPARD. People were quite hostile towards us, which I thought was a joke — a new kind of music comes out that's about you not wanting to be like anyone else and then you're narrow-minded? Unfortunately, we got lumped in with these awful hair bands, which we didn't really think we were part of anyway. So when NIRVANA came on, it was, like, 'Yeah, it's gonna fuck us a bit,' but it was also great music."

L.A. GUNS guitarist Tracii Guns said: "Pop metal at the time was getting so shallow and watered down. NIRVANA just reminded people how ballsy rock is supposed to be. I got a copy of 'Nevermind' from a friend a few months before it came out — it didn't immediately grab me, but after about a week, I was completely sucked in. [U.K.'s] Kerrang! [magazine] ran a photo of me wearing a NIRVANA T-shirt onstage with a caption saying something like 'Uh oh, is this the new trend?' I really don't care what my hair-metal peers thought or think." 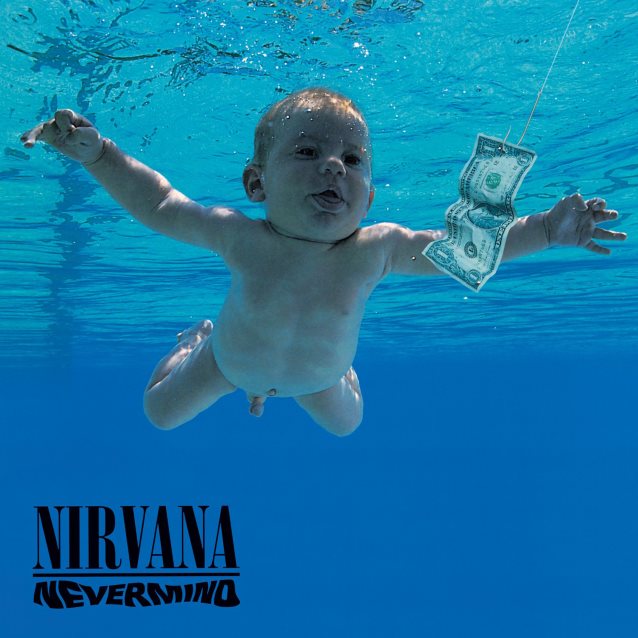