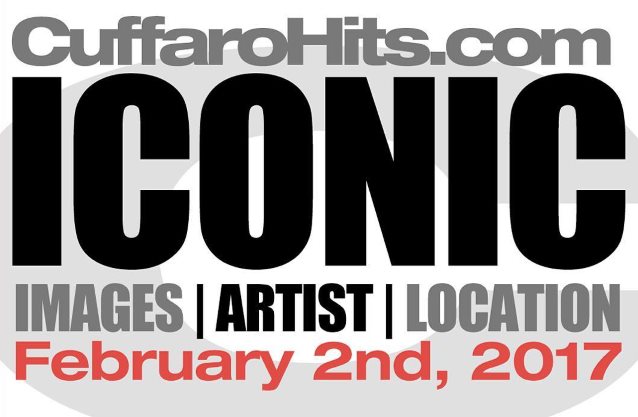 The "Greatest Hits" show will feature over sixty different photographs — fifteen, large 60×60 photographs as well as over-sixty 24×24 images in limited and numbered quantities — including:

The night will feature musical performances from emerging L.A. artists, including Givers & Takers, Josh Todd, Lauren Ruth Ward, Particle Kid, The Palms, DJs Fred Sablan and Jeordie White and more. 100% of the proceeds from artwork sales for "Greatest Hits" will benefit the Sweet Relief Musicians Fund, a charity providing financial assistance to all types of career musicians who are struggling to make ends meet while facing illness, disability or age-related problems.

Over the past 30 years, Cuffaro has worked with celebrated musicians and A-list entertainers help them define their public image, while establishing his reputation as one of the most respected photographers in the entertainment industry. Cuffaro consistently captures the "real" person behind the famous face and brings a new level of emotional depth to the two dimensional art form of photography. To share his story, Chris has chosen over 100 photographs that represent the most iconic images, artists and moments in his career — his "greatest hits." The Los Angeles exhibition will be an experience as visceral as rock 'n' roll itself, featuring oversize prints, exclusive musical performances and a host of tastemakers and influencers from the entertainment, art, media and pop culture spheres, staged in a completely non-traditional environment.