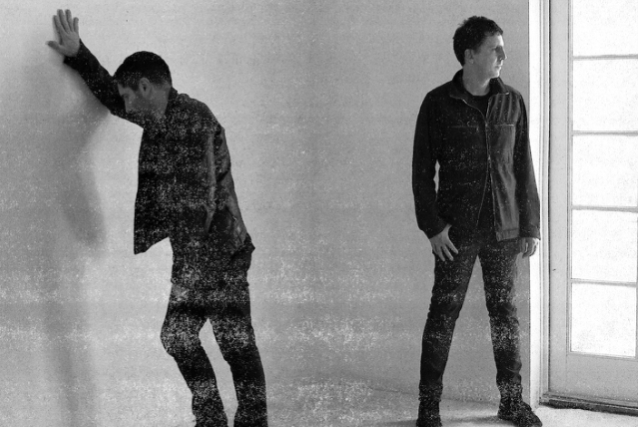 The Rock And Roll Hall Of Fame has officially announced this year's inductees: THE DOOBIE BROTHERS, DEPECHE MODE, NINE INCH NAILS, The Notorious B.I.G., T. REX and Whitney Houston will all join the class of 2020. They will be inducted on May 2 at a ceremony at Cleveland's Public Hall.

NINE INCH NAILS, whose influential debut album "Pretty Hate Machine" recently turned 30, became eligible for induction into the Rock And Roll Hall Of Fame in 2014. The band was previously nominated for the class of 2015 and 2016.

The class of 2020 will not feature the top two acts in this year's "Fan Vote" — Pat Benatar and DAVE MATTHEWS BAND. The seven previous winners of the "Fan Vote" were all inducted that year.

Having been eligible for induction since 1999, JUDAS PRIEST was previously on the ballot for the 2018 class of the Rock And Roll Hall Of Fame, but was ultimately left out of the inductee list.

To be eligible for this year's ballot, each nominee's first single or album had to be released in 1994 or earlier.

A voter pool of more than 1,000 artists, historians, journalists and members of the music industry selected the new class. Fans also had a chance to take part in the process by voting at RockHall.com or an interactive kiosk at the museum in Cleveland.

NINE INCH NAILS frontman Trent Reznor told Rolling Stone about the induction: "I'm pretty freaked out. I'm quite in shock. When I look back at how NINE INCH NAILS are received, it always seems like we fall between the cracks. I don't know if it's a defense mechanism, but I just assumed we'd stay in that category, so I'm pleasantly surprised to see us acknowledged. It feels pretty good … I'm allowing myself, for a limited period of time, to feel good about this."

Reznor was critical of the Rock And Roll Of Fame in a 2018 interview with Stereogum. At the time, he said he "honestly couldn't give less of a shit" about the fact that NINE INCH NAILS weren't nominated for induction in 2017, 2018, or 2019. "I saw somebody write something online or comment on Twitter like, 'What could be less rock and roll than the fuckin' Hall Of Fame.' And that is authentically how I feel about it."

But last fall, Reznor changed his mind. In an interview with Forbes, he said that his experience attending the ceremony and giving the speech for THE CURE's Rock Hall induction in March played a big role.

"I get asked to do THE CURE, induct them, and I love THE CURE. And I wanted them to be inducted properly. I thought I could do a good job, went there," he recalled. "So I'm sitting at a table with the RADIOHEAD guys, super nice, and I think we all kind of looked at it like, 'This could be bullshit.' As we're there, it kind of wasn't bullshit. We're watching Bryan Ferry and ROXY MUSIC get inducted, who I love, and then play. And I see a whole arena full of people into it."

"I walk backstage cause THE CURE's gonna come up. I go out and do my thing and I'm not sure if THE CURE is gonna resonate with the audience, the audience I see sitting on the floor there is mostly old industry people," he continued. "Then I walk out to do the induction, it's loud applause for them and it seems real. They come up and I can see that Robert Smith is happy, and the other guys in the band are all kind of freaked out.

"It felt validating. I wanted to see them respected someplace I feel they deserve," Reznor noted. "It ended up being a pretty cool experience and I thought, 'All right, it doesn't feel as bullshit as I kind of snarkily dismissed it as.' I don't have any problem admitting I've changed my opinion about something."

The induction ceremony will air live on HBO and the SiriusXM Rock And Roll Hall Of Fame radio station. Tickets go on sale on February 27.