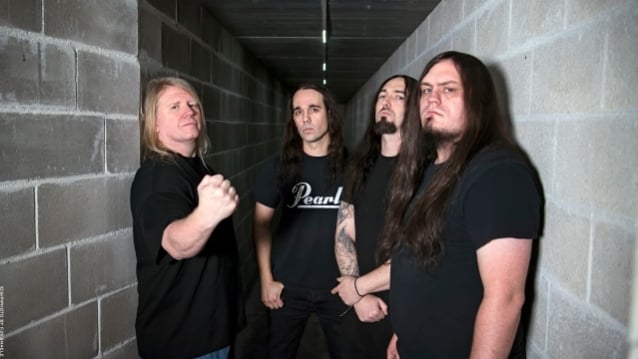 Josh Rundquist of That Drummer Guy recently conducted an interview with guitarist Karl Sanders of technical death metal veterans NILE. You can listen to the entire chat below. A few excerpts follow (transcribed by BLABBERMOUTH.NET).

On the current state of NILE:

Karl: "I haven't felt this good about the lineup and the material since the early 'Catacombs' ['Amongst The Catacombs Of Nephren-Ka'] days. There's a real spirit of teamwork, brotherhood, unity, everybody working together to work on this record ['Vile Nilotic Rites'] and really pull it all together and deliver the best we can possibly deliver with this new lineup."

On the value of lyrics for NILE:

Karl: "It's an integral part, an essential component of every song. Really, the song is basically is making a musical movie out of those words. The words are the script."

On the band's current lineup:

Karl: "We're really so happy right now. Things are so fresh for us. In fact, George Kollias makes this joke, he calls us the 'Febreze brothers,' because we're so fresh. English is his second language, so hearing him say that is pretty funny."

Karl: "That was very rewarding, actually. They're full of fire and passion and they want to make their mark. They are smart enough guys to realize that it's the team that fucking counts. No one guy can do it all by themselves. They're ready to do their part and be team players. That has enabled us to put the band on a proper course where it's functioning properly and people are working together, because I've gotta tell you, people working against each other does not make for great albums. It makes for almost-great albums, but I'm not interested in that. I want a team that works together."

On playing the first shows with NILE's revamped lineup:

Karl: "That was such a mind-expanding moment, realizing that, 'Hey, wait a minute. This is actually how it's supposed to be!' I'd forgotten that feeling. It's liberating, it's exhilarating, it's like being part of a winning team instead of a team that's going through the motions."

"Vile Nilotic Rites" is due November 1 via Nuclear Blast. The disc was recorded and produced by Sanders at Serpent Headed Studios in Greenville, South Carolina, with the exception of the drums which were recorded at Esoteron Music Studios in Athens, Greece with engineering handled by Jim Touras and George Dovolos. The album was mixed and mastered by Mark Lewis at MRL Studios. For the album artwork, the band returned to artist Michal "Xaay" Loranc who has worked with the band for over 10 years. 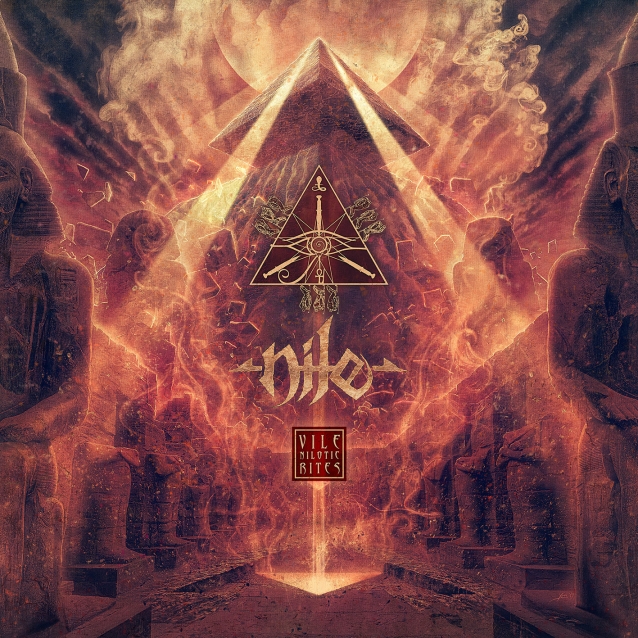